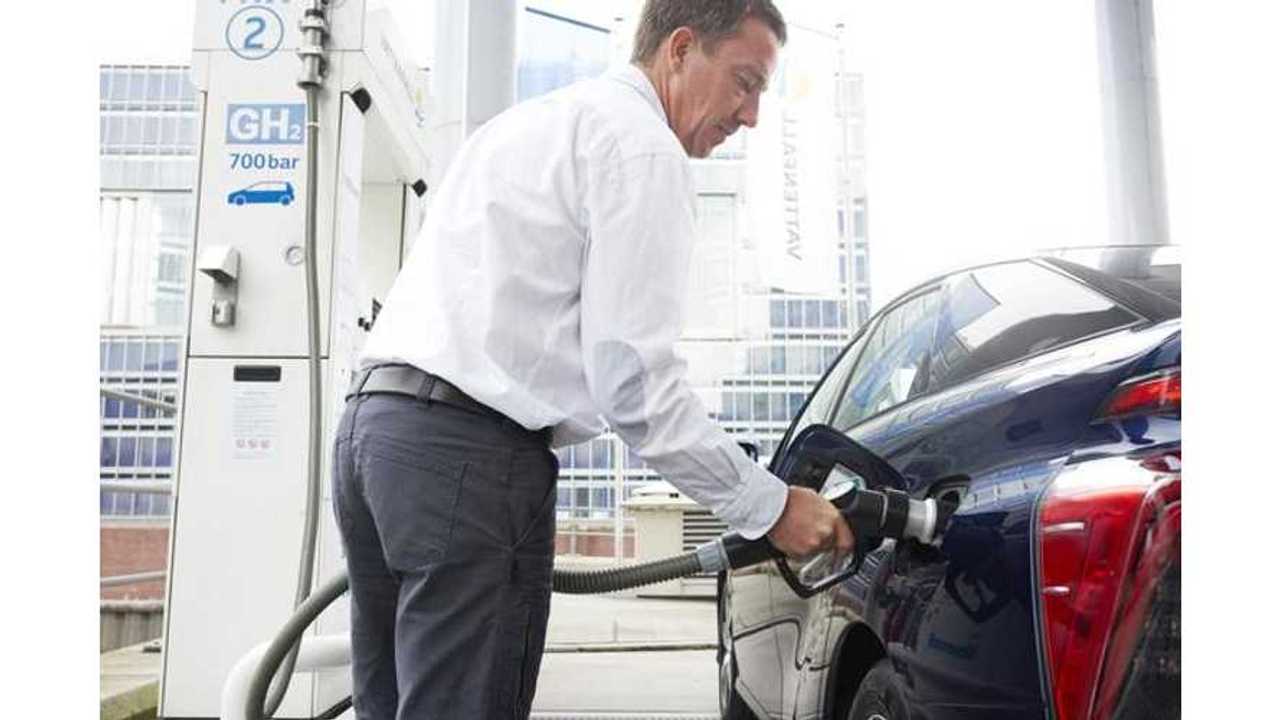 Japan, as one of the most bullish countries in the world on hydrogen fuel cell technology, and with two major entries from Toyota (with the Mirai) and Honda (with the Clarity Fuel Cell) announced some ambitious near-term targets for FCVs.

The number of hydrogen fuel cell cars is foretold to expand from 50 on the road today to (cumulatively):

While the number of refueling stations for those cars to increase from 80 today to: The hardest piece of the puzzle (especially in Japan) is obviously the fuel cell infrastructure, and we have to wonder about having a ratio of 800,000 vehicles to 320 stations (2,500-to-1) 9 years from today, as unlike plug-in vehicles, there is no alternate refueling location than these 160 stations.

The Japanese Ministry of Economy, Trade and Industry (METI) also intends to support research and development to make hydrogen fuel cells affordable, halving the costs by 2020 (from todays costs) and to around one-fourth by 2025.

source: Ministry of Economy, Trade and Industry via Green Car Congress, and The Asahi Shimbun