Confirmed: Tesla Increases Pricing For Base Model S By $2,000 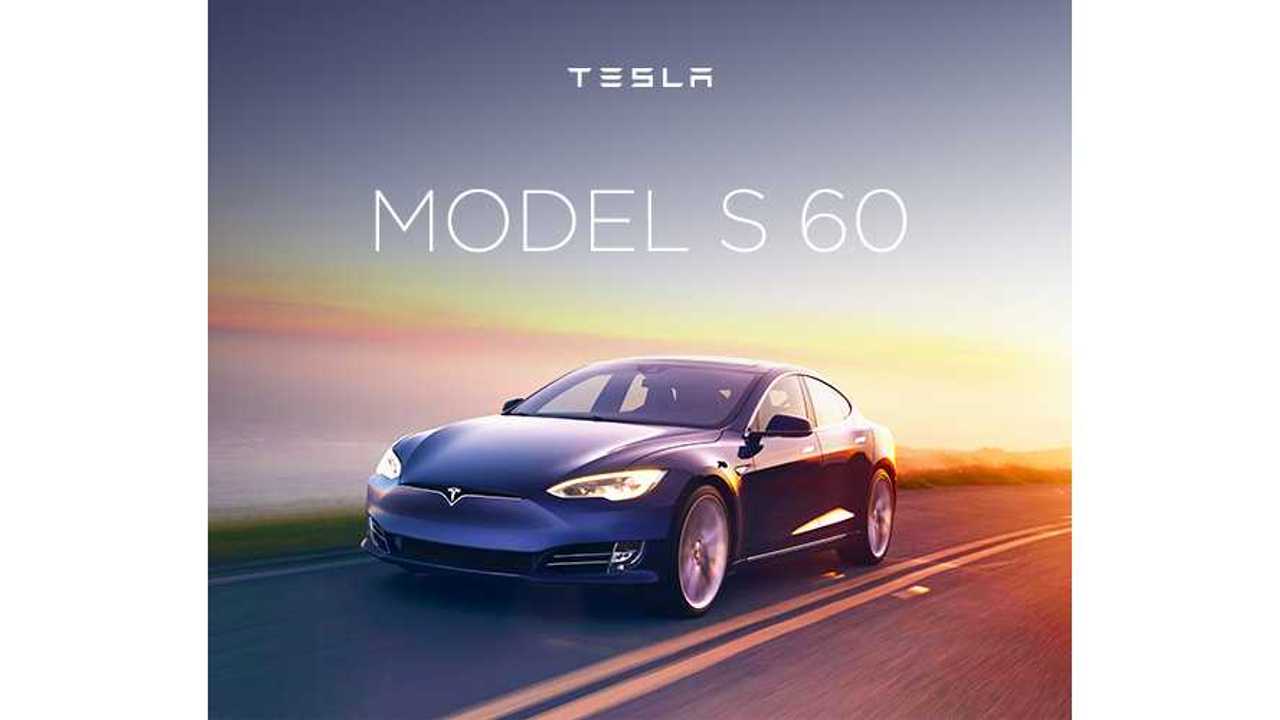 Recently we put forward some speculation that Tesla would soon be increasing the base cost of its Model S 60 offering, based on a source on Reddit with a history of accuracy in predicting Tesla's future actions.

And sure enough, tucked in the bottom an email sent out last night by the company that also touched on the recent changes to its Supercharging Network (now pay-as-you go after 400 kWh of annual usage for new owners after January 1st) and the offering of new self-driving hardware on all EVs, Tesla has indeed increased the entry level 60 kWh S sedan's pricing by $2,000 - effective November 22nd.

It is interesting to note that Tesla only re-introduced the 60 kWh Model S this past June, so it appears the model and original pricing may have been put in place solely in an effort to boost Tesla sales, in order to hit earlier strong guidance of ~80,000 EVs sold globally in 2016.

The question now is whether or not the price change is to allow more competitive room for the Model 3 in the future, to increase the margins on the base car...or does it foreshadow the remove of the entry level option altogether in favor of the 75 kWh version; which from $74,500 kind of seems like a no-brainer now if you are set on buying a Model S.

An Update to our Supercharger Program

Four years ago, Tesla introduced the Supercharger Network – the world’s fastest charging solution – to enable convenient long distance travel. Today, more than 4,600 Superchargers allow over 160,000 Tesla owners to drive all over the world.

We recently announced a change to the economics of Supercharging – one that allows us to reinvest in the network, accelerate its growth and bring all owners, current and future, the best Supercharging experience.

All Tesla vehicles produced in our factory now have full self-driving hardware, enabling a rapidly expanding set of new Autopilot features to be introduced over time. While active safety features continue to come standard in all Teslavehicles, customers can now choose from two new Autopilot packages: Enhanced Autopilot, which is an advanced suite of driver-assistance features, and Full Self-Driving Capability which will ultimately take you from home to work and find a parking space for you on its own.

Self-driving vehicles will play a crucial role in improving transportation safety and accelerating the world’s transition to a sustainable future. Once the software is extensively validated and there is regulatory approval, full autonomy will enable a Tesla to be substantially safer than a human driver. It will also lower the financial cost of transportation for those who own a car, while providing low-cost on-demand mobility for those who do not. Read the blog.