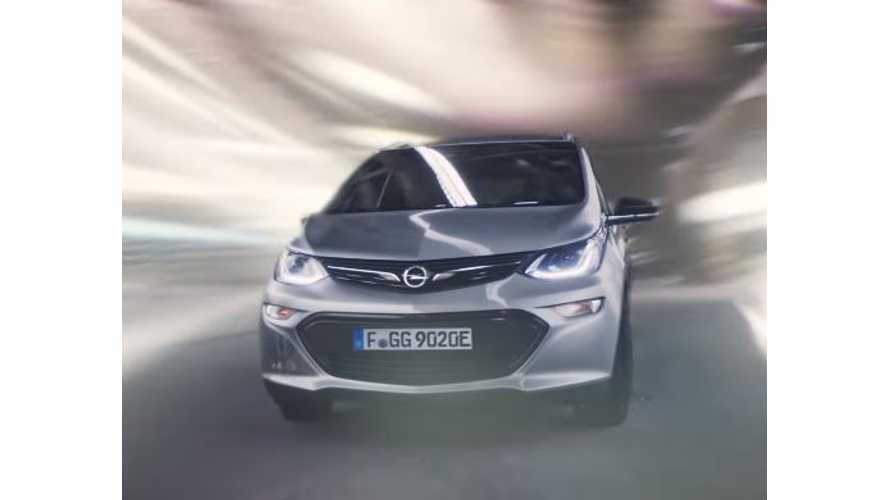 The Opel Ampera-E made its official debut at the Paris Motor Show this past September, however it has long been known that the upcoming Chevrolet Bolt EV in the US would be re-packaged as an Opel product in Europe for quite some time.

In fact, word of the Opel configuration was leaked on the very same day (in February of 2015) as confirmation that the Bolt EV would be headed into production.

And while we have been buried in first drive reports on the Chevrolet Bolt EV from the US (see Consumers Reports' drive here, Car & Driver here, LA Times here, etc., etc.), that has not been the case for the Bolt's sister car - the Opel Ampera-E.

Opel has promoted the Ampera-E as an all-electric car with a 500+ km/310+ mile range - based on the imaginative European NEDC scale.

However,  thanks to the Chevy Bolt EV's presence in the US, we know the actual "real world" (EPA) range of the 60 kWh EV to be a (still very strong) 383 km/238 miles.  And before anyone asks, no it won't arrive as a RHD, as tooling in Orion, Michigan doesn't provide for such an option at this time.

Check out this extensive first drive report (above) via YouTube/Vadim Ovsiankin, and just in case you missed it, check out the Opel Ampera-E's introduction to Europe from Paris (below).