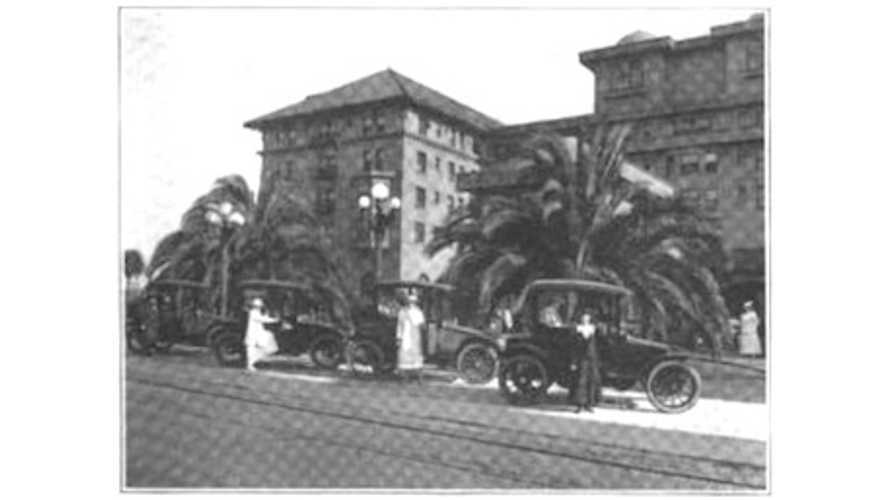 Today is the Centennial of the Beardsley Electric Tour held April 15, 1916 in Southern California.

One hundred years ago, on a clear Saturday morning, the owners of 35 California-built Beardsley Electric cars got together for “possibly the largest gathering of one make of electrics ever assembled for a tour.”

The drivers, along with over 100 guests, drove from the Beardsley Showroom in downtown Los Angeles to the Hotel Virginia in Long Beach where the party indulged in a banquet and a dip in the ocean before returning home.

Each car averaged over 70 miles on the trip and it is reported that “not a single mishap occurred and every car finished the run on its own power.”

At the time, the Beardsley company attempted to compete with the larger automobile builders in the East by promoting a new light town car touted as “the lowest priced electric built in America.” Beardsley built a factory in Los Angeles but the company’s fortunes soon fell with the rise of much cheaper gasoline-powered cars and the company closed in 1918.

Read more about this and other historic electric vehicle trips at SociabilityRun.org