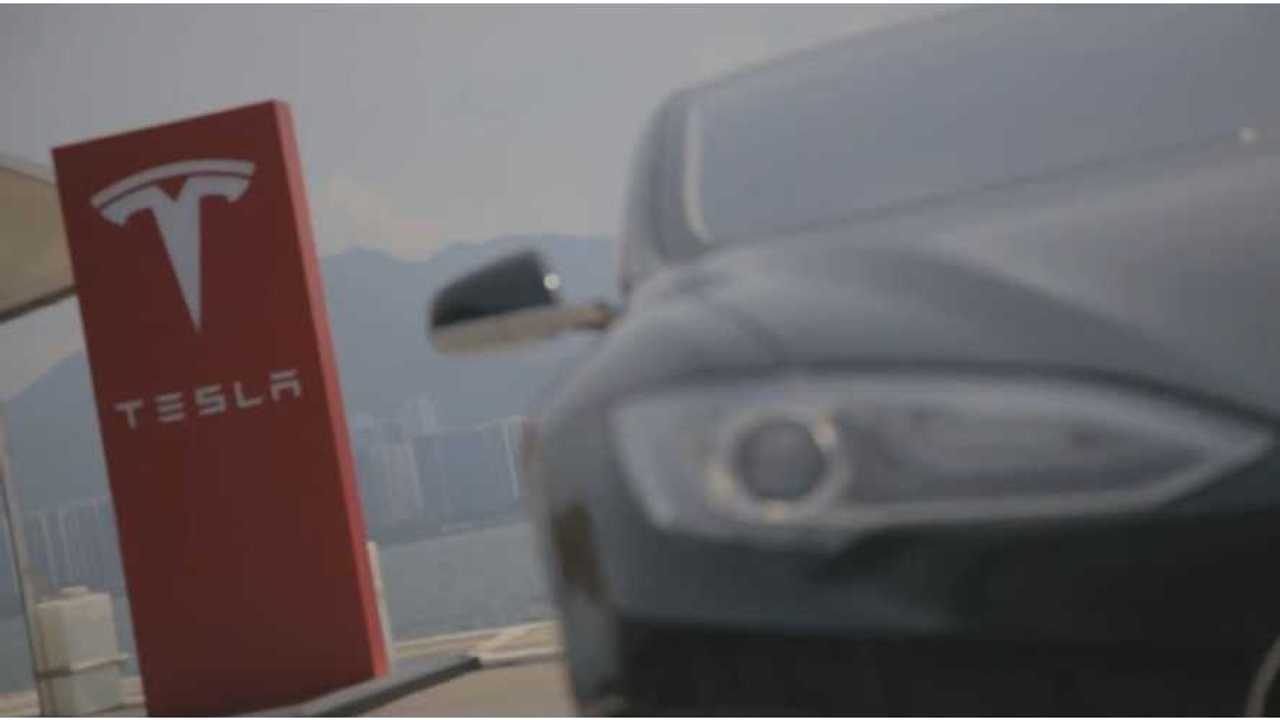 It didn't take the "Alliance of Automobile Manufacturers" long to cobble together a lobbying request for President-elect Donald Trump to roll-back emission mandates and "alternative powertrains" (think plug-in electric vehicles) requirements.  Just ~48 hours after Hillary Clinton ceded the election to Trump, the group has put together a eight page letter (PDF here) for the new administration to consider.

And who is the Alliance of Automobile Manufacturers?

Notably NOT part of the Alliance of Automobile Manufacturers?  Nissan

Pretty much every automaker that has been spinning the positive virtues of their plug-in offerings over the past few years, but is too afraid to sign their own name in person - including General Motors, Ford, BMW, Mercedes, VW, Mazda, Volvo, Fiat and Toyota (ok, well maybe Toyota and Fiat didn't promote EVs all that much - so they get a pass on any ulterior motives).

The letter asks Trump's White House to find "a pathway forward" on setting final fuel efficiency standards through 2025 (something that has already been long planned out), saying Trump's administration should now "harmonize and adjust" the rules.

Basically, they want the old, stricter rules ripped up (such as the 50 MPG fleet requirement), replaced with new lax ones, complete with compensation riders for electric vehicle production put in their place.

The petition goes on to ask for a advisory committee to "coordinate auto sector regulators", but with an ultimate goal of putting in a place a new set of regulations for the last four years of the current program.

The current program was put in place in 2011 (for 2012 model year vehicles through 2025), but has a "mid-term review" allowance provision that was put in place by automakers when agreed to - likely with the hopes of finding a new, more lenient administration in the future.

Unfortunately the timing for that review is in 2017, and indeed the administration's take on the environment has changed.  The National Highway Traffic Safety Administration (NHTSA) and Environmental Protection Agency (EPA) now have until April 2018 to finalize the regulations for the period between 2022 and 2025 model years - both for fuel efficiency and emissions.

“We live at a moment where technology and change are swamping the regulatory capacity to manage our emerging reality. Reform is imperative...As car prices rise, it becomes vital to look at the full cost of regulatory initiatives.  Well-meaning regulatory action risks increasing compliance costs to the point that additional safety and fuel-efficiency technologies put new vehicles out of financial reach of the average new car purchaser.”

Not surprisingly, Tesla - exclusive maker of all-electric vehicles, and lead by Elon Musk (Climate Change believer) wants the opposite of what the Alliance of Automobile Manufacturers does - more regulations against emissions

Alliance boss, Bainwol also warned that even the standards of today are suppressing the automakers' ability to build inexpensive vehicles, and could lead to hefty fines for non-compliance.

“This regulatory friction is already occurring, driving up vehicle costs, and will become even more counterproductive as the regulatory requirements become more stringent in future Model Years.  Potentially billions of dollars in fines under the NHTSA CAFE program are anticipated.”

But worse still for the electrification movement, is that the letter asked for a "robust examination" of the impact of "uncoordinated regulatory oversight" by at least 10 federal and state agencies.

Yes, even GM with the upcoming Chevy Bolt EV and all-time US sales leader Volt already under its belt is part of the group looking to take down fleet mpg and emission requirements

Basically, the Alliance of Automobile Manufacturers wants allowances for the costs incurred from CARB's zero-emission sales mandates to be taken into considered when evaluating the national mpg/emission program - of which they are not included today.

Then they take it a step further (why not ask for everything?) - to control and contain CARB's actions in the future.

"We recommend that the White House lead efforts with EPA, NHTSA, CARB and the automakers on finding a pathway forward regarding the standards for 2022 MY and beyond prior to publishing the NPRM and preliminary determination.

We also recommend that the Trump Administration support the administrative and legislative reforms necessary to achieve harmonization. This includes approving the petition that the Auto Alliance filed with EPA and NHTSA on June 20, 2016 regarding certain harmonization gaps that exist that can be addressed administratively."

The letter further adds another note on containing CARB, but buried amongst a field of other less aggressive agencies.

"The number of government regulators (state and federal) who are interested in or currently oversee the automobile sector (U.S. DOT, NHTSA, FCC, FTC, DHS, NTIA, U.S. Department of Commerce, CFPB, EPA and California ARB) continues to grow. A robust examination of the combined impact of such uncoordinated regulatory oversight on the auto industry and the American consumer is warranted. As car prices rise, it becomes vital to look at the full cost of regulatory initiatives. Well-meaning regulatory action risks increasing compliance costs to the point that additional safety and fuel-efficiency technologies put new vehicles out of financial reach of the average new car purchaser. "

Naturally, the answer suggested by the Alliance is to just have a Presidential committee bring everyone under one easy to control hat:

"Establish a Presidential Advisory Committee to Coordinate Auto Sector Regulators. Such an advisory committee would help reduce regulatory friction and confusion among federal agencies and departments and could potentially result in recommendations for a new paradigm for vehicle regulation."

For 2018, CARB (and 9 other "CARB states") require that 2% percent of sales in their states to be zero-emission vehicles (it's actually more like 1/3 that number based on the way the ZEV credit system works, but we digress), but then scales up 2% per year through 2025, reaching more than 15%.

U.S. Plug-in car sales are rising, a trend we'd like to see continue (through Oct 2016)

Failure to hit these ZEV requirements results in a $5,000 fine per vehicle (or rather ZEV credit) not earned.

“The Administration should engage as appropriate to help address these ZEV issues -- especially to help avoid the creation of a patchwork of requirements that will frustrate the overall intent of the ‘One National Program,’” Bainwol said in the letter to the new administration

With the review process on the near term horizon, the Alliance argues that the final determination should be left to Trump's administration, and should only happen after the automakers and the new regulators once again discuss the final years of the program, which currently require a 50 mpg fleet average.

Despite a recent EPA report that automakers were currently already on the right path to hit 2025 benchmarks, including the rapid adoption of plug-in technology, the Alliance states that the Technical Assessment Report by the EPA "over-projects" the benefits of alternative technologies.

“The combination of low gas prices and the existing fuel efficiency gains from the early years of the program is undercutting consumer willingness to buy the vehicles with more expensive alternative powertrains that are necessary for the sector to comply with the more stringent standards in out-years,” Alliance CEO Mitch Bainwol stated.

As of yet the Trump administration has not commented on the letter from the 12 major automakers, but the potential reaction is quite likely to be favorable to the Alliance's interests, as President-elect Trump has stated his non-belief in climate change, and has already promised during his campaign to roll back the EPA's future targets for emissions (as well as drastically reduce the headcount employed at the agency), and put a moratorium on any new programs during his term.

Automotive News reports that that environmental groups are already gearing up to put up a strong opposition to any changes in the Obama administration policy that was put in place 5 years ago.

“If the Trump Administration seeks to roll back fuel efficiency standards, which are highly popular with the American people and even have been supported by the auto industry, it will find us standing in the way,” Luke Tonachel, director of the Clean Vehicles and Fuels Project at the Natural Resources Defense Council, said in an e-mail.

Naturally leading the other side of this fight will be Mary Nichols.

As the chair of California's Air Resources Board (and basically the force behind any and all plug-in vehicle adoption we see happening today in the US and many other places around the world), Nichols recently stated that CARB's 15.4% zero emission requirement for 2025 might not be stringent enough, and is considering upping the requirement which is also set to be revised.  A stance which is sure to be a popular with the new federal government.

In October, Ms. Nichols stated  during "The Road Ahead” (which was a recent advanced clean-car symposium) via Wards Auto:

"If anything, I think it will move further and faster (ZEV regulations), not move in the other direction...we can’t take our foot off the accelerator.”  While adding, "2030 is the next milestone, (and) we continue to double down on policies that got us where we are today,” Nicholls said at the conference.

One can almost hear the war coming already...and it's going to be ugly.

My statement on the presidential election: California’s commitment to clean air & #actonclimate is stronger than ever ? pic.twitter.com/csweafECxy