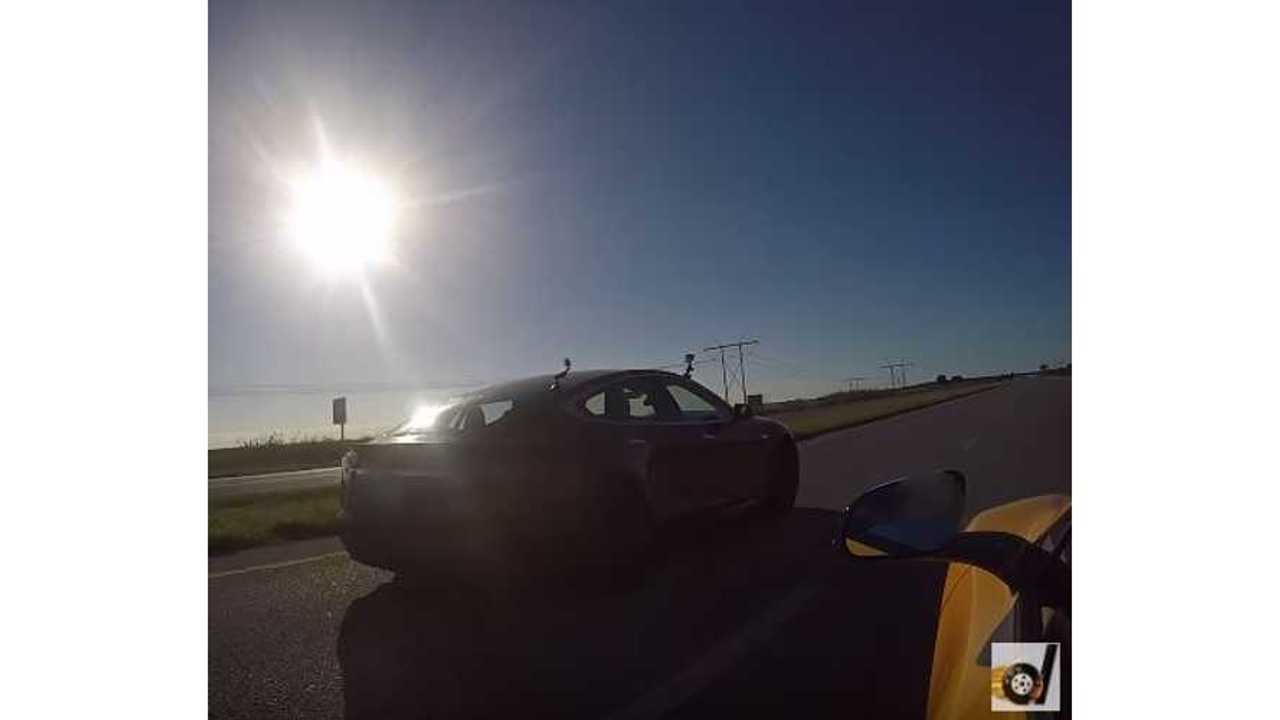 You win some, you lose some, right? Or, in the case of the Tesla Model S P100DL, you win almost all of the time, but an occasional loss is inevitable.

"Watch the Tesla P100D Model S battle it out against the McLaren 650S Spyder during an all out drag and roll race."

The S smokes the McLaren off the line, but this is a long race and the McLaren's top end grunt edges it ahead for the win.

Tesla's recently announced software improvement for its P100DL version of the Model S and Model X (that improves 0-60 mph time to 2.4 seconds and shaves a bit of time off the 1/4 mile) will help The Model S in the future to lengthen the amount of distance it takes the McLaren to catch up.

One thing is for sure, in the real world of light-to-light driving, the S still conquers the mighty McLaren, and has no peers.