Masato Origuchi, lithium-ion battery chef of Renault (formerly at Nissan) made an interesting presentation about electric cars and batteries in 2015 that we felt we should re-visit.

In the second part of the video (above - from 16:00), Origuchi describs the trade-offs of increasing energy denisty.

Carmakers and battery manufacturers are working hard to increase the lithium-ion cell energy density in order to store more energy in the same size volume and weight - because that best enables increased range of electric cars without adding further size or mass to the battery pack.

More energy dense batteries are needed to be equally as safe as its predecessors.  Despite batteries that store much more enegy (for example twice more) in the same volume, the power output remains similar.

And here comes the drawbacks - durability and chargeability.

The first drawback durability indicates that higher energy dense lithium-ion cells are needed to be able to charge and discharge a smaller number of times. If we double the range via density but also cut durability at the same time, then there is a disadvantage to higher density in this scenario.  If the durability is too big of an issue, then the further problem is that the longer-range cars (using higher density cells) lend themselves to being driven more than first generation 80-100 miles cars, so the calendar end-of-life point under this type of scenario would be exaggerated further. 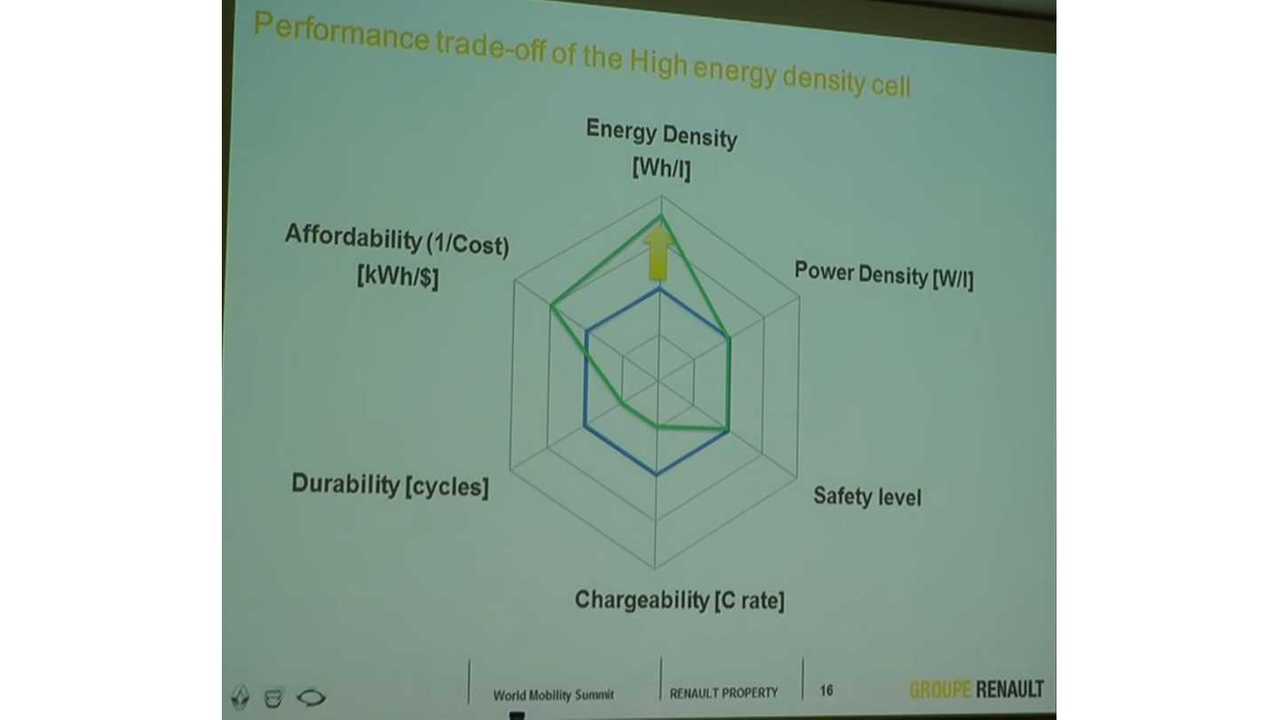 Some controversy comes from one of the next slides on which Origuchi shows that long-range cars (for example Tesla) could be equipped with lithium-ion cells with four times lower durability (2,000 cycles in ZOE vs 500 cycles in long-range car) over 40 MWh energy used.

We are not sure whether we should draw far-reaching conclusions from this slide, as it was only a general presentation about the need for a lower number of cycles using higher energy cells (also an especially important drawback of higher energy dense lithium-sulfur batteries). We believe Masato Origuchi intention was not to center out Tesla in this case, or to suggest a fractional durability compared to today's more common lower density cells. 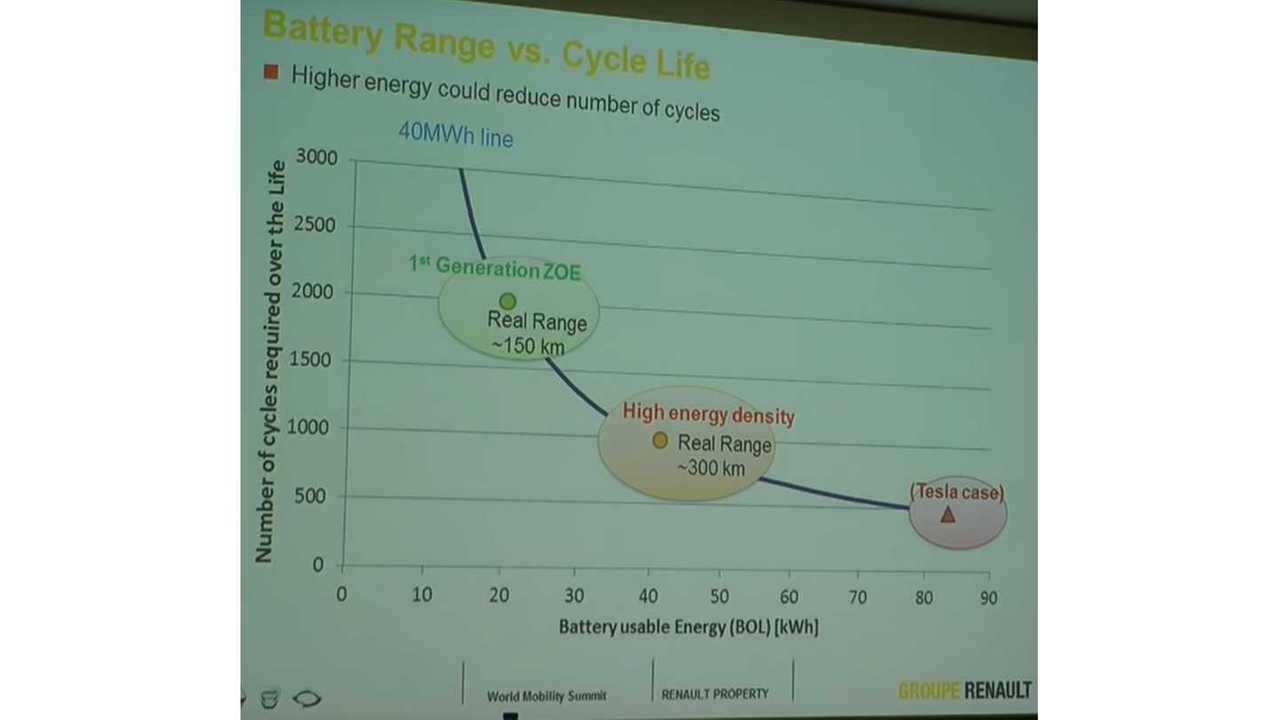