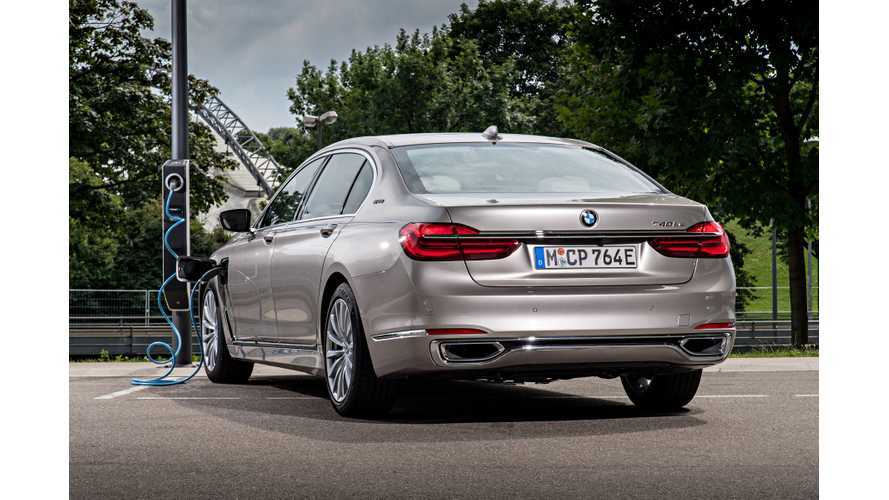 Manfred Schoch, the deputy chairman of BMW’s supervisory board and top labor representative for the company, publicly rebuked BMW management for not enough electrification.

According to Schoch (via AutoNews), BMW should launch all-electric versions of 3-Series, 5-Series and 7-Series or risk falling behind rivals in BEVs field.

"“Management has been slow to decide on investing in more electric models,” Manfred Schoch, who’s also deputy chairman of BMW’s supervisory board, said in an interview on Thursday in Nuremberg, Germany.

The carmaker must expand its range to include electric versions of its core lineup, including 3-, 5- and 7-Series sedans, he said. “Anything else would be detrimental to the business.”"

Today, BMW has single all-electric car on the market (i3), but also a broad portfolio of plug-in hybrids, from the i8 through X5 xDrive40e, 330e iPerformance, 740e iPerformance, 225xe Active Tourer and soon the  530e iPerformance which arrives in March 2017 (details).

Even still, more plug-in hybrid are set to be released in near future by both BMW and MINI (see MINI Cooper S E Countryman ALL4).   However, the company is planning for more all-electric vehicles a bit further out (which should make Schoch a little happy) - namely a MINI BEV in 2019, an finally another all-electric under the BMW nameplte - the X3 BEV in 2020.  The BMW iNEXT is also planned somewhere in the indefinite further.

"“Management must invest in electric mobility now” to remain competitive in the future, said Schoch. BMW declined to comment on the demands from the works council chief."

The pure electric versions of 3-Series, 5-Series and 7-Series would defintely be a major move for BMW, something the company might desperately need after having a couple major setbacks so far this year: