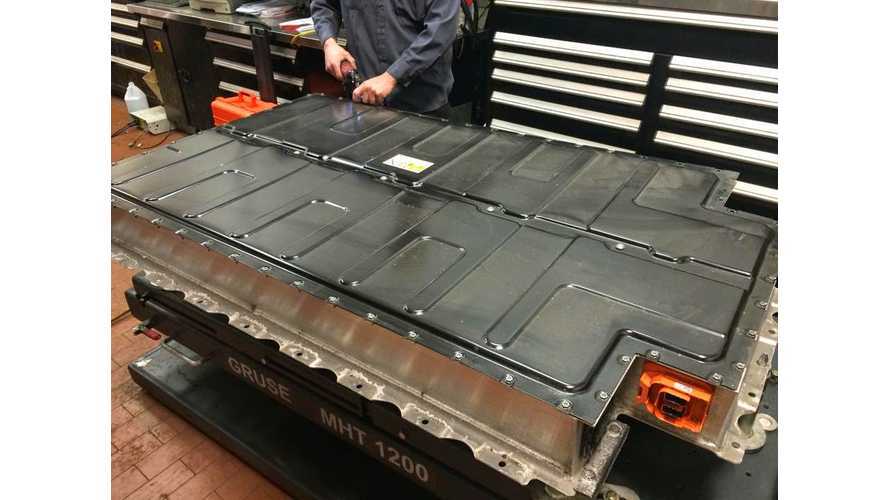 Largely flying under the radar is a report that Jaguar Land-Rover is in talks with both BMW and Ford for a future battery factory for plug-in electric cars.

According to Autocar, the three automakers are in early discussions right now over forming an alliance for a battery factory to challenge Tesla's Gigafactory.

"Although in its early stages, it’s believed that Jaguar is keen to get the project started and build its first all-electric car..."

"JLR currently doesn’t have an electric vehicle in either its Jaguar or Land Rover ranges, so it doesn’t build its own EV batteries. Ford’s batteries for the Focus Electric are produced in collaboration with a subsidiary of LG, while BMW sources its batteries from Samsung. A joint battery factory between the brands would benefit all three manufacturers."

Makes sense to us, especially since all three of the automakers have announced plans for a more robust lineup of plug-in cars in the future, as well as stating that longer range BEVs are coming soon.

Autocar reached out to all three automakers for comment on the battery factory tie-up. Each automaker offered a similar, typical responses:

"When contacted for comment, spokesmen from both Jaguar Land Rover and Ford were unable to give any more information on the plans, which they described as "speculation". A BMW spokesman was unavailable for comment at the time of writing."