Elon Musk Interview And Footage From Within Gigafactory Featured On VICE Tonight (Update:Watch) 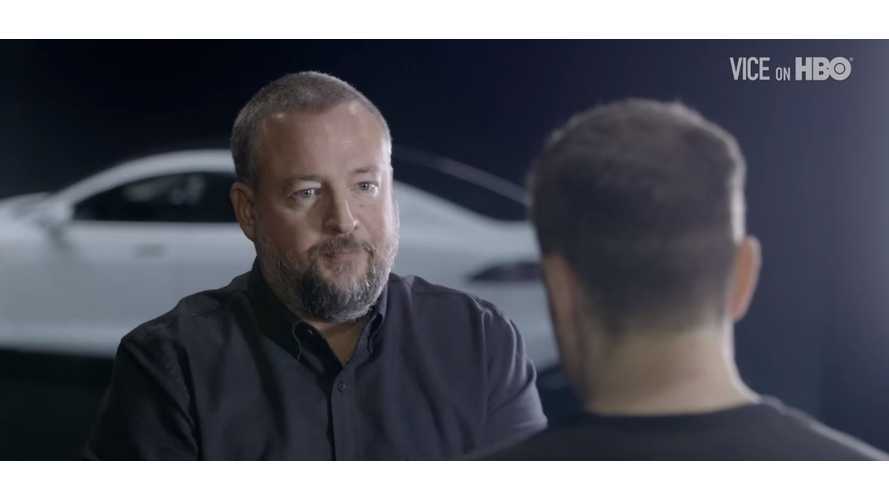 The interview was previously recorded back in November, but will air tonight at 11 pm eastern standard time on HBO under the title "The Future of Energy". The Tesla CEO elaborates on Tesla's plans for the future, and explains concepts. He makes it clear that since the future is "his future", he is passionate about his dedication to zero emissions and renewable energy.

UPDATE:  full video of interview below (while it lasts), hat tip to driverguy01

The episode will begin with Musk driving Smith around in a Model S. Later, he shows footage inside the Tesla Gigafactory. Musk tells Smith:

Musk is involved in other ventures aside from vehicles. He discusses Solar City, a company he founded with his cousins. It is currently the world's number one source for rooftop solar systems. Musk Tweeted that the company's solar power output could charge every Tesla currently on the road today!

He also provides details about the Tesla Powerpack. With these units at 500 kWh a piece, Musk says that one billion could power the entire world. He is confident that in the next few decades, Tesla can and will meet this need.

Musk has never been a stranger to the camera, the media, or social networks. His delivery and unmatched wealth of knowledge should prove for an entertaining and enlightening spectacle.