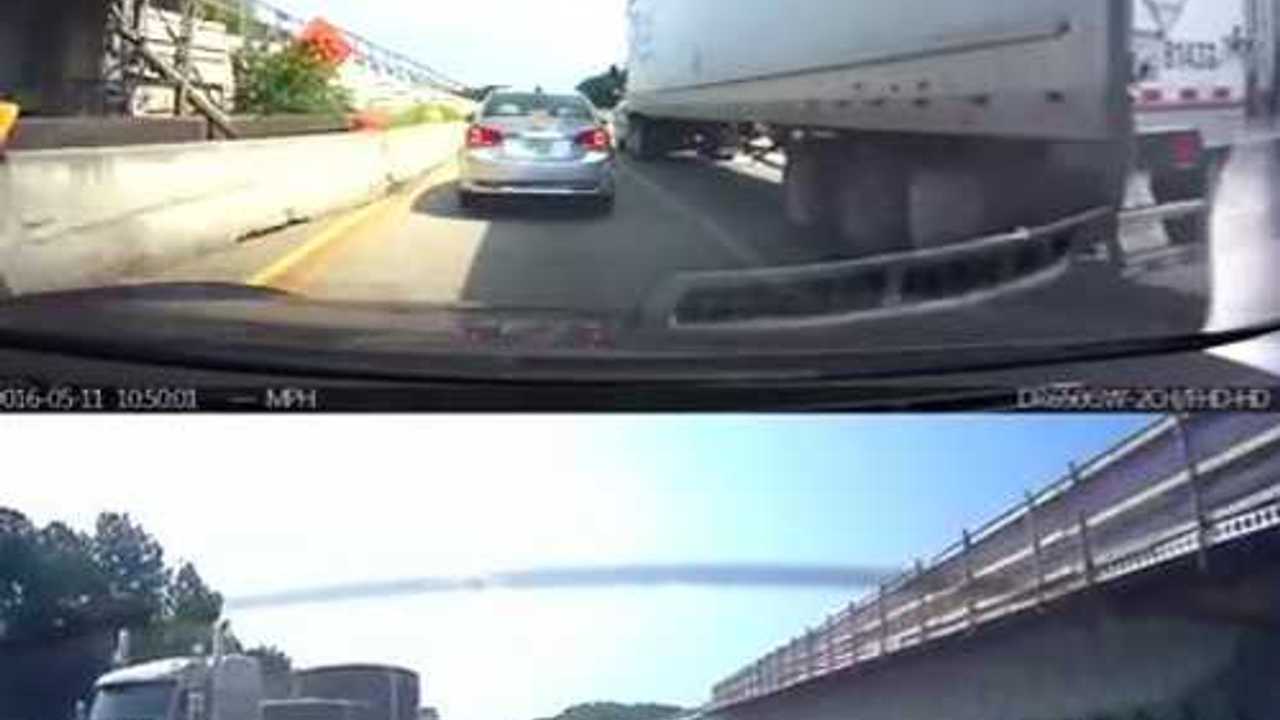 This video shows what could've been a three car pile-up involving a Tesla Model S.

Instead, due to Tesla's Auto Emergency Braking (AEB), part of the sensor suite that allows for Autopilot mode, the Tesla Model S avoids colliding with the vehicle in front.

"Tesla has been in the news recently about their "Faulty Autopilot". It's not faulty. Here's one piece of anecdotal evidence that explains why."

The Model S didn't completely escape the incident unharmed though. As the rear-facing camera shows, while the Model S stopped in time to avoid accident, the vehicle behind the S did not. The Model S got rear-ended at low speed.

Auto Emergency Braking is a feature found on lots of newer, high-end cars today, but it's made possible in part by the hardware and software that's there for Autopilot mode in Tesla vehicles.