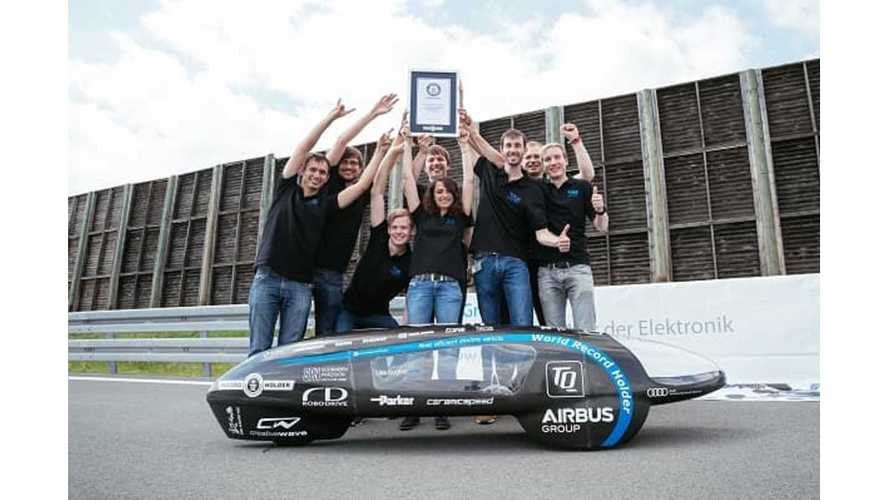 Guinness World Records has verified the electric car developed by the TUFast Eco Team as the world's most efficient EV.

The university team (Technical University of Munich) car, called the eLi14, first competed in efficiency tests back in 2014. Some updates made to the car in 2015 and 2016 resulted in a far more efficient EV.

The numbers are now in...and official. Here are the efficiency results, according to Gizmag:

"After fixing a few minor issues on the installation lap, the team managed an average energy use of 1142 km/kWh (710 mi/kWh). Having banked one run, the team tweaked the speed controller and tire pressure in search of more."

Below is a German language video on the record-setting run: