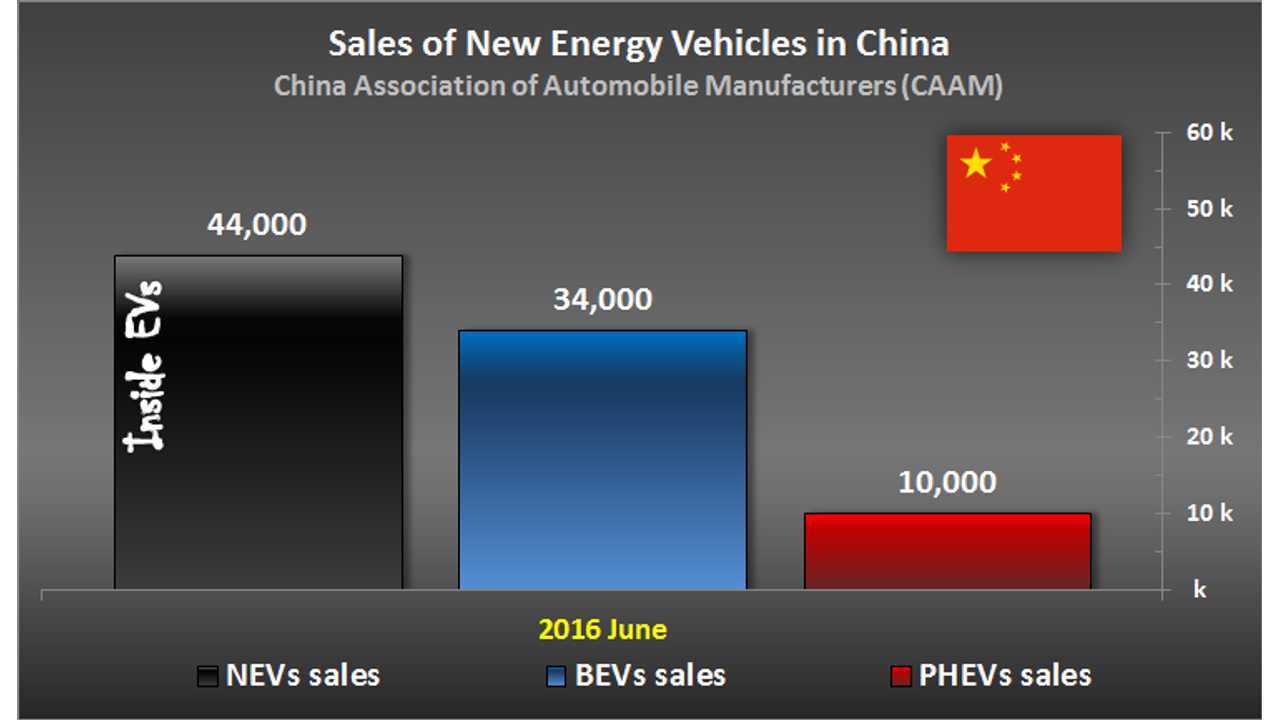 New Energy Vehicle (plug-in electric vehicles) sales in China more than doubled in June, to about 44,000 - which is over 2.1% of all vehicle sales that month.

As always, all-electrics (BEVs) continue to dominate the plug-in demographics, notching over three-fourths the total (34,000), while the remaining 10,000 are plug-in hybrids (PHEVs).

The largest manufacturer is BYD, which sold no less than 10,000 plug-in cars (plus buses and trucks) on its own.

"According to the statistics made by CAAM, in June, the production and sales of new energy vehicles reached 45 thousand units and 44 thousand units respectively, increasing 107.4% and 107.3% year on year.

Some 170,000 plug-ins have now been sold this the year - 126% more than year ago. June's surge also sees China's market account for more than 1 out of 2 EVs sold worldwide overall in 2016 ...and the first six months of the year are the slow ones in China!

We should note that the total CAAM tally does include some plug-in sales not "classically" included in the traditional EV sales totals reported worldwide (buses, commercial/heavy), so it is not a true "apples-to-apples" comparison.