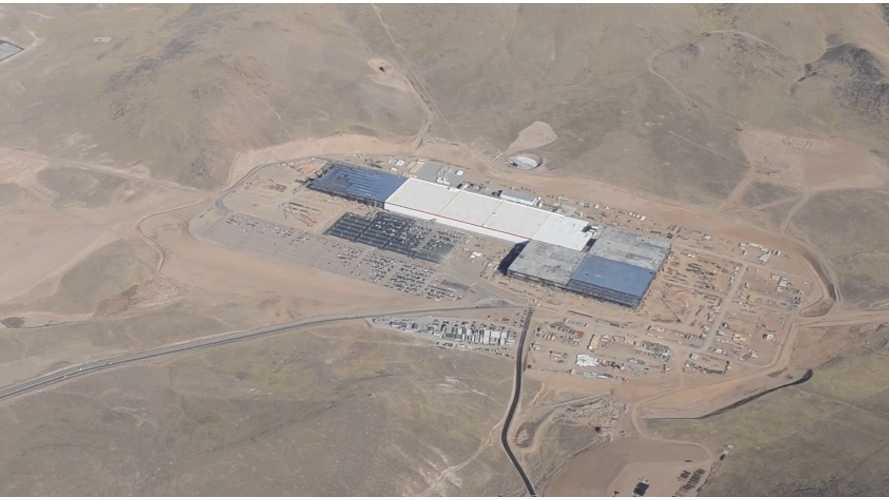 The sky over the Tesla's Gigafactory in Nevada is apparently becoming quite crowded these days.

After having seen occasional drone video of the battery facility from time-to-time, now some enthusiasts are stepping up and filming the Tesla plant from planes.

The new video from Monday, gives us better background feeling of the place and the progress to date.

No word on the whether or not work on the facility has now been halted after the results of the US election on Tuesday - as rumor has it that all advanced and renewable initiatives are to be shuttered immediately.

Note: footage specific to the Gigafactory gets underway at the ~3:40 mark

I flew a Cessna 172SP from South Lake Tahoe (KTVL) airport out to the Tesla Gigafactory 1 near Reno, NV.