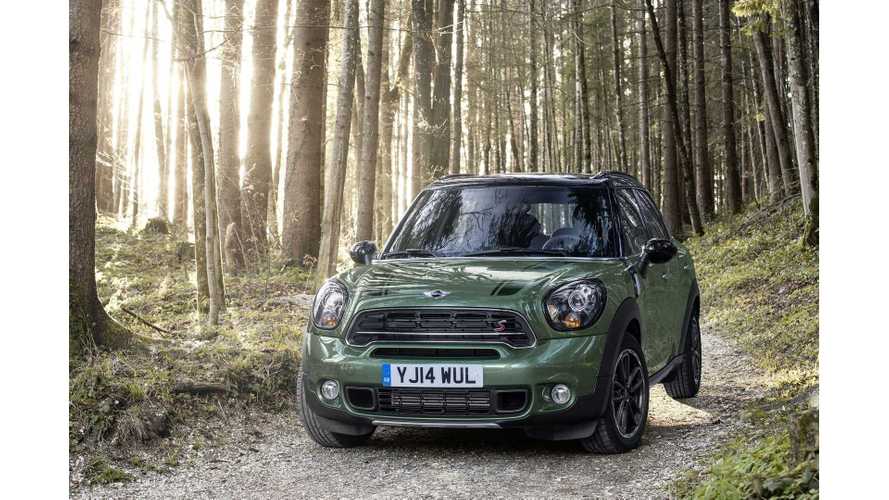 Autocar recently posted a lengthy article on the likelihood of Mini coming out with a small-size sedan in the near future.

The full article is worth a read (source link at bottom of this post), but since we here focus on plug-in cars and there was no mention of this sedan getting the plug-in treatment, it's a small revelation in the Autocar article that we'll instead focus on here.

"Mini would offer plug-in hybrid powertrains in the future, Mahler confirmed, hinting that the Countryman and Clubman were likely to usher in this technology."

It's believed that the first production Mini plug-in will launch within the next couple of years and that it may very well borrow technology from the BMW i8.