How Does Formula E Get Around The World? - Video 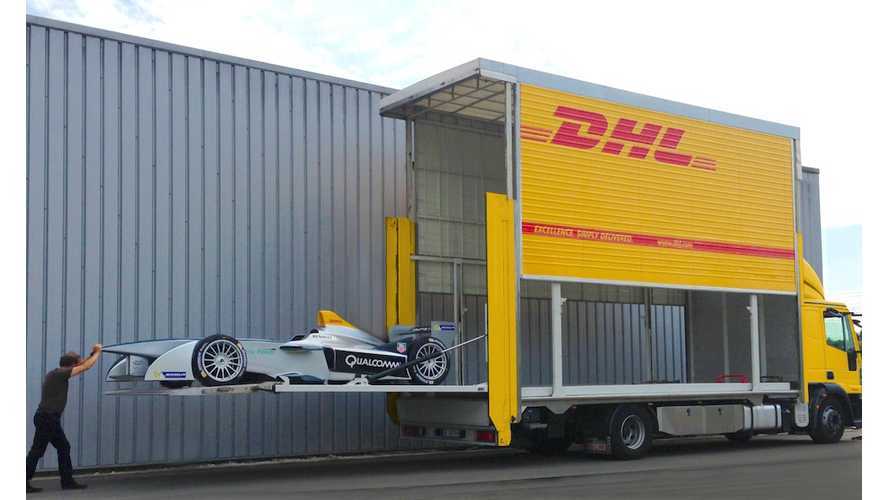 DHL recently show how much work it is to transport Formula E's gear and cars around the world.

Besides all the team and event products, there is also a lot of containers with media equipment.

This look behind the scenes is interesting to realize the complexity of the process, and what goes on to get the Formula E moved to a new venue week after week.

"Transporting a fleet of race cars and the broadcast equipment around the world safely and in a sustainable manner is one of the biggest challenges that faces the FIA Formula E Championship.

As a sustainable series, logistics play a vital role and are one of the key areas where the championship aims to reduce its carbon footprint.

DHL, one of Formula E’s founding partners, plays a crucial role in the safe and sustainable transport of all Formula E equipment. This also includes the compound used by Aurora Media Worldwide, Formula E’s host broadcaster, who rely on DHL to transport cutting-edge broadcast equipment around the world ahead of each round of the FIA Formula E Championship."

“The build of the outside broadcast pods that you see today took about 16 months overall. A huge amount of investment and technical support went into their build; we have a pod for sound, a pod for replays and a pod for engineering, with eight overall. It’s a huge operation and we are fortunate enough to go to some of the greatest cities in the world, from Mexico City to Berlin and Paris. It’s been a great journey and one of that we couldn’t have done without DHL

“The pods are as light as they can be, as is the camera equipment which is as hi-tech and as light as possible. We’ve also ensured that when we build the pods, we build them from equipment that is as light as possible to minimise our disruption to the environment. Usually equipment like this is in a host broadcast truck, but by packaging everything into pods we can transport them with the cars and reduce our carbon footprint.

“Formula E is a huge global enterprise to us now and one that’s become common to us. It’s a very lean operation. The key thing to say is that as producers all we want to do is come on site and open up the gear that we are familiar with and get going with our job in a very short time space and we could have no chance of doing that without the guys at DHL being able to do the front end part of our job for us.”

“We have been finding ways to move these pods across the world by ocean, by air and by trucks. The best example for me this year is Beijing as we moved everything by train, straight from Donington Park in the UK. That for me was the biggest success story.”