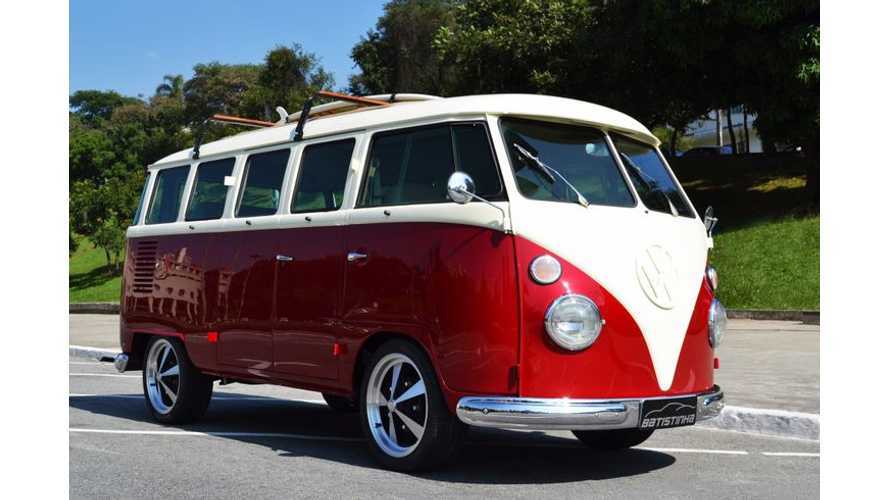 Journalist Dana Hull, a reporter focused mainly on Tesla, reached out to Elon Musk via Twitter asking to see a sketch of the bus. Musk wasn't willing to provide one, but did say that the bus' design is inspired by the "California Custom VW combi design art."

Below are a few images of the California Custom VW Kombi:

The urban transport bus (?) should be unveiled sometime next year, according to Tesla's statement:

“In addition to consumer vehicles, there are two other types of electric vehicle needed: heavy-duty trucks and high passenger-density urban transport. Both are in the early stages of development at Tesla and should be ready for unveiling next year.