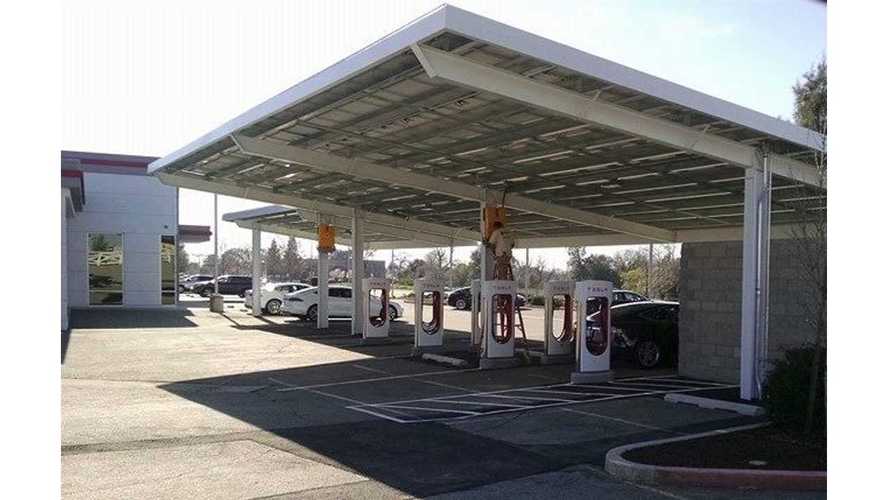 Tesla Superchargers are now capable of 145 kW even though it was previously confirmed that they were only at 135 kW. Tesla did not divulge this new information voluntarily, however, it came out in a recent UK Advertising Standards Authority (ASA) investigation that was spotted by the fellows at Electrek.

Tesla Superchargers have been touted as faster than any other EV chargers for some time now. However, British power company Ecotricity attempted to challenge Tesla's claim in court after a partnership between the companies failed.

Tesla has maintained that its Supercharger system will continue to be upgraded and the network expanded to assure readiness for the future. When launched, the Supercharing system had a max capacity of 120 kW.

It was a known "fact" that Tesla had upgraded its Supercharger capacity by 15 kW, to 135 kW. Apparently, the additional 10 kW upgrade that the ASA discovered was meant to be a secret.

As part of the Ecotricity's challenge, they stated that Tesla's chargers were unfairly marketed and that other companies offered higher capacities of up to 180 kW.

The investigation by the ASA proved Ecotricity correct technically, but incorrect in reality. Even though it was proven that companies may be able to offer higher charger capacities, those chargers have no high capacity vehicles in which to transfer the charge to. Only Tesla has the battery packs in the Model S and Model X that are capable of accepting the high level charges (~120 kW).