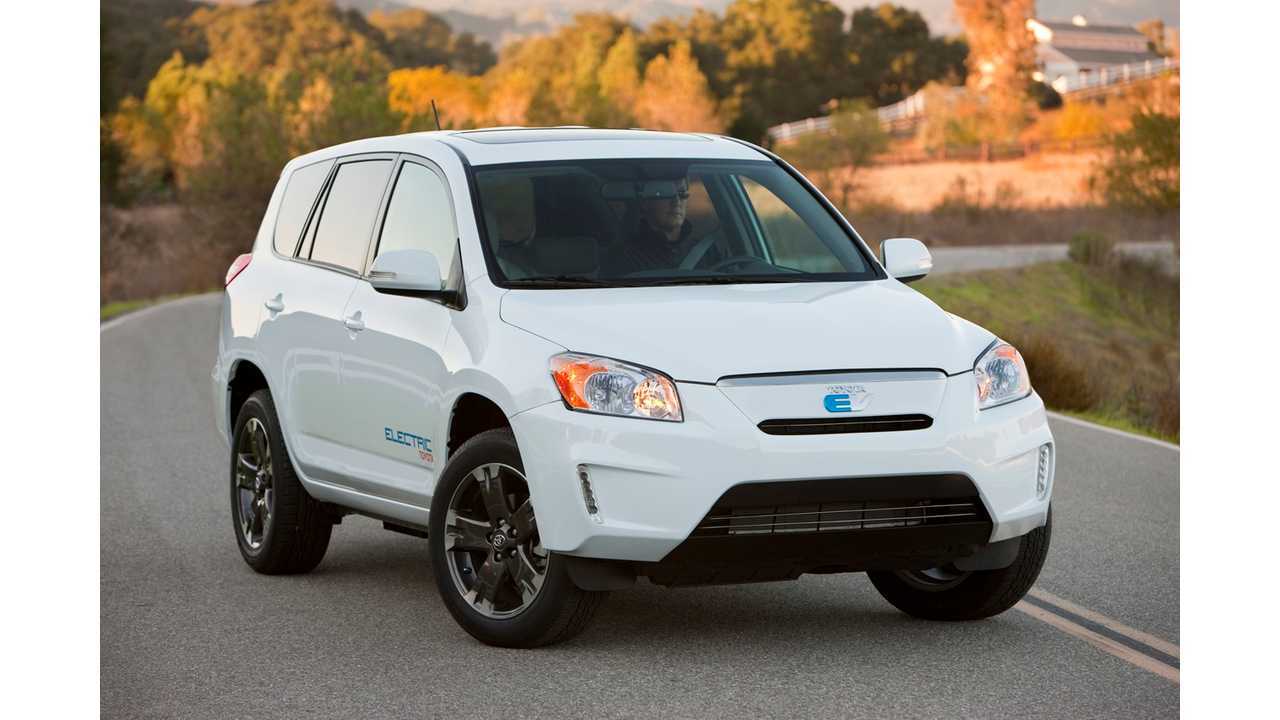 Toyota will begin series production of all-electric cars with more than 300 km (186 miles) range by 2020 according to a report released today.

That exclusive Nikkei report indicates the possibility of a small electric SUV, with sales in Japan, California and China among the first markets - but in time for promotion in conjunction with the 2020 Tokyo Olympics.

"Toyota aims to develop an EV that can run more than 300km on a single charge.

The platform for models such as the Prius hybrid or Corolla sedan is being considered for use in building an electric sport utility vehicle."

The Nikkei goes on to say that Toyota will start a "in-house" team to map out the project in early 2017, and that the company will be looking to start production as soon as possible - meaning that it will enhance its own battery development facilities (set up this past January), but also look to source batteries for outside sources to keep cost low.

Sounds like LG Chem has another major customer on its hands.

In the end, the Mirai may have been a costly diversion for Toyota when it came to advancing its all-electric vehicle development tech

This move would basically represent a change of direction by the company; away from fuel cell technology as its path to total zero emission production (by 2050), and an admission that things have not gone so well with the adoption of FCV tech to date.

We should note at this point, we are not sure whether the 300 km+/186 mile+ range estimate relates tp 'real world' driving or the lax Japanese JC08 standard (which would translate to maybe half in real world).

However, given the timetable being so late (~2020), and the strength of other long range offerings hitting the market soon, our hunch is that in this rare case...300 kms means 300 real kms.

The question now is whether or not Toyota is introducing all-electric cars into its global offering lineup too little, too late - or can they play catch-up with the brand and take the same leadership position they currently have with traditional hybrid tech?

The window for Toyota to take a chunk of the all-electric vehicle market share is of course still open, but the easiest way inside (especially if you plan on being so late to the game), is through providing value for the money.  Something Toyota has been able to accomplish in the past.

Either way, it is good to have the Japanese company finally on board.