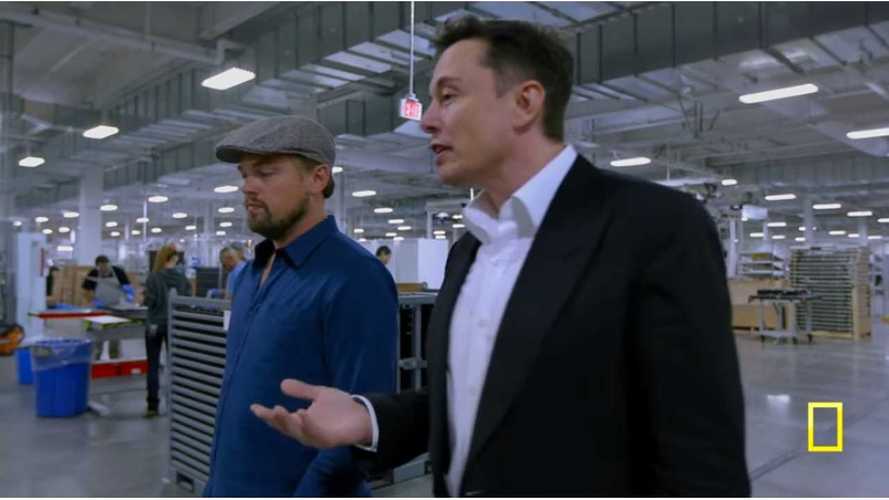 National Geographic Channel has made the Leonardo DiCaprio documentary on Climate Change available for public viewing online...at least for a time.

Update: Despite an initial PR from National Geographic that read "Watch Before the Flood for Free, Everywhere" including on popular platforms like Facebook and Vimeo, it now appears to behind many paywalls.  That said, the above/cropped/foregin version of the filmed can still be watched...for a limited time we imagine.

Alternatively, one has to attempt to navigate Nat Geo's official channel to access the video here (depending on your provider).

"Before the Flood" maps  the actor's adventures around the world exploring the topic, and from the United Nations where Secretary-General Ban Ki-moon earlier designated the actor and environmentalist as a UN Messenger of Peace with a special focus on climate change.

"Join Leonardo DiCaprio as he explores the topic of climate change, and discovers what must be done today to prevent catastrophic disruption of life on our planet."

Joining DiCaprio in exploring Climate Change for a time, specifically in relation to the fossil fuel industry and the needed switch to sustainable/renewable energy, was Tesla/SpaceX CEO Elon Musk (which you can pick up directly from the 57:00 mark).

Video (below):  Full video of DiCarpio's opening remarks at the 2014 United Nations Climate Summit in New York City, and more recently (2nd video below) DiCaprio's statements from the High-level Signature Ceremony for the Paris Agreement earlier this year.