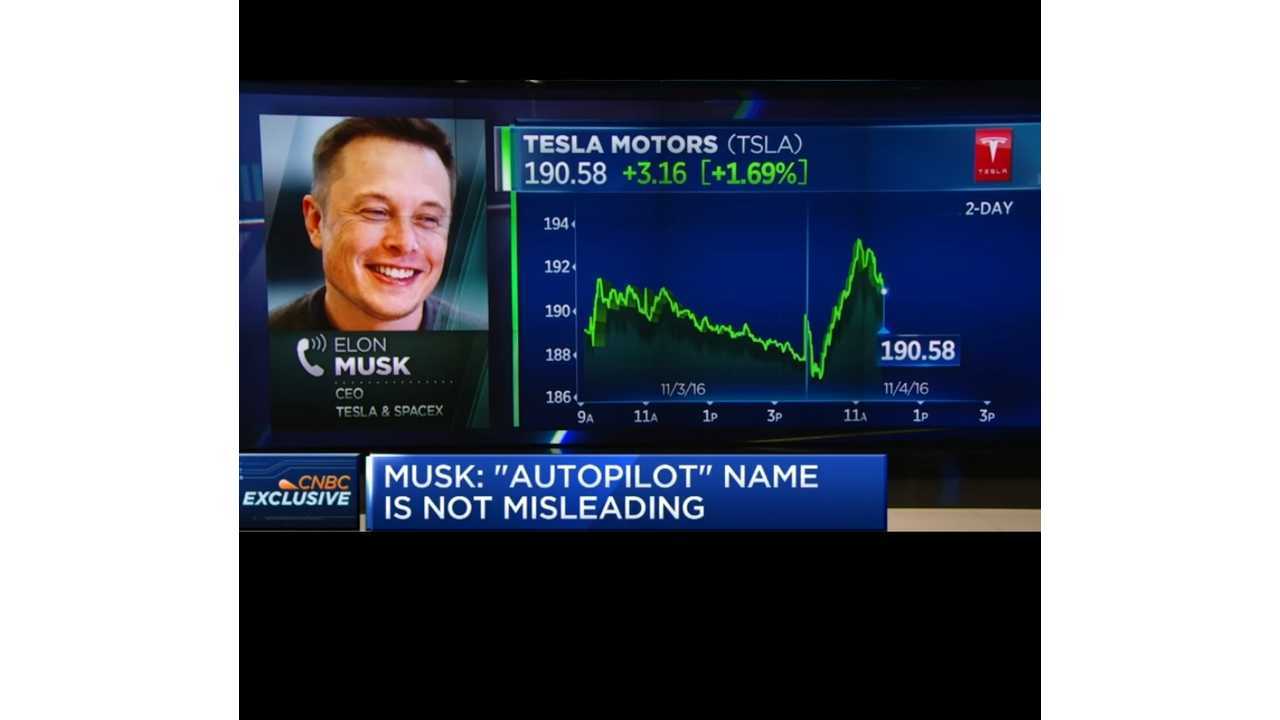 It probably would have been easier to list the things Elon Musk hasn't talked about this week...

To that end, Musk made a rare appearance on CNBC and talked about well...all those things, and more.

Here are the bullet points and responses of the rather lengthy interview (as well as 'jump to' timing):

On earlier explosion (watch)/problem solving at SpaceX - finally solved - caused by a breach in the "cryogenic helium system" of the vehicle's upper oxygen tank, returning to launch pad in December

Less than happy times for SpaceX this past September 1st

On naming of Autopilot: "Would you have gone back and changed the name AutoPilot if you could?" Short answer: no (2:30)

Origins of the naming of Autopilot ie) airplane terminology, Musk says "all aircraft have an autopilot, the autopilot does not mean the plane is self-flying, it is meant as an aid to the pilot, and it enhances safety on a plane" (3:23)

Tesla auto fires (4:15), "Every year there are 200,000 fires, we had three.  Our three fires, which caused no injuries by the way...whereas in the gasoline car fires there were thousands of deaths and horrible injuries.  Our three non-injuries fires got more pressed than the other 200,000 combined.

On the US election (5:20):  Musk supports Clinton's economic policies and calls her environmental policies the "right ones", but somewhat couches his statement by also saying that the election is "not the finest moment in our democracy in general".  Musk feels Trump is "not the right guy", and that he "just doesn't seem to have the character that reflects well on the United States".

Solar Roof (6:30):  Recent solar roof tile debut (details) was just the start, more options coming, and it will get to the point where "if you get a normal roof, it will be sort of odd...the roof will last longer than the house".

Tesla's need for raising more capital (8:00):  Musk says they don't need to do it, but it might be a wise decision

Props to the good people at "Every Elon Musk Video" on Youtube for splicing it all together into one concise piece.