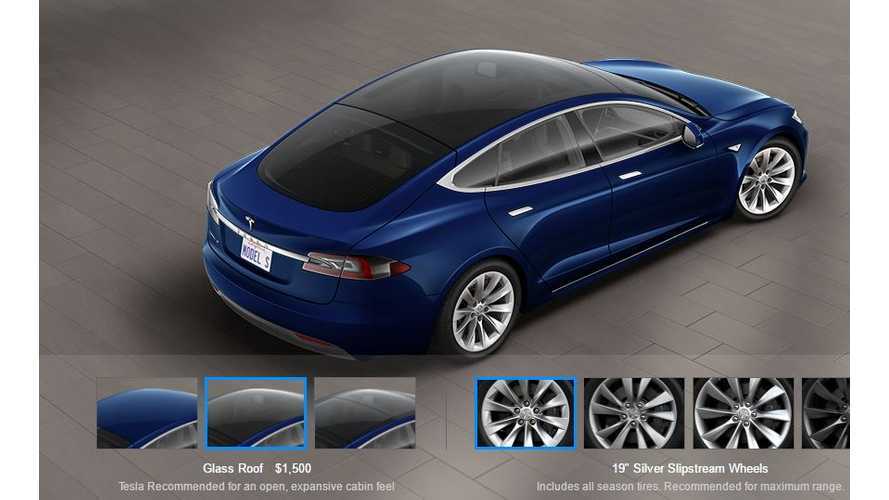 To date, no automaker has figured out how to utilize a car’s roof for anything besides holding cargo, intermittently letting in light, and temporarily holding your coffee until you make your first turn. Any solar effort “up there” has amounted to gimmickry. The limited surface area and the sheer porkiness of solar equipment negate any meaningful utility — so far, at least.

Criswell thinks that Tesla is going to solve this puzzle, and soon. Tesla and glass are becoming a thing, ‘case you haven’t noticed. Witness the household solar roof products, and the newish in-house glass division, and the big-sky Model X windshield/moonroof, and the new Model S glass roof option.

It won’t be long before Tesla’s automotive roofs perform meaningful functions. At first, they might generate enough energy to nix vampire draw. With time, they’ll extend range a bit, and so on until they become a vital part of the vehicle’s powertrain. Yes, vehicles are lagging behind buildings in solar harnessing, but all indicators point to Tesla closing that gap very soon. Technology, some of it pioneered by Tesla, will make smaller and smaller surfaces usefully photovoltaic. If solar-plus-battery go together like peanut butter and jelly in buildings, the same combo will soon work in vehicles. So says Criswell.

Not to be outdone, Toyota is making a solar roof optional on the upcoming Prius Prime in some markets