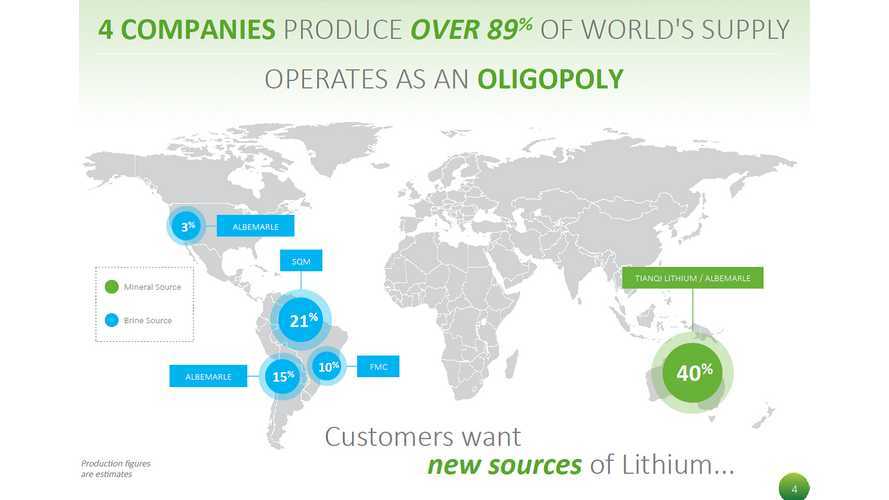 Behold Some Beautiful Mounds of Lithium

According to a OilPrice.com article, lithium prices will go up this year .

The lightest metal was called hotter then gold in 2016, but the rush is still ahead of us, as demand growth to is expected to become exponential.

"Although the price trajectory of the metal has been subdued in recent months, the fundamentals behind the long-term trajectory suggest strong potential for long-term growth.

Price doubling from 2014/2015 was first seen in China and is now being felt worldwide, with lithium hydroxide prices from $16-20 and carbonate prices from $12-14 thousand USD per ton."

At the root of the increase is of course the strong thrust from the automotive market, due to electric and plug-in hybrid cars. And prices will rise from pressure not only from Tesla/Panasonic's Gigafactory, but other companies considering their own large lithium-ion battery factories.

A growing energy storage segment, spurred in large part by plug-in vehicle adoption is also likely to contribute to demand for lithium in a few years once it matures more fully.

As the price is a factor of demand and supply, it's worth to note that four groups hold nearly 90% of the lithium supply, creating a specific oligopoly.  That said, new players will probably appear, as higher prices justify production from less favorable deposits.