The Flux Capacitor (a rescued Enfield 8000 from the 1970s) once again amazes.

"The Enfield 8000, a forgotten city car built on the Isle of Wight in the oil crisis era, stormed through the quarter mile sprint at Santa Pod on Saturday in a record-smashing 9.86 seconds at an average 121mph.

To put that in perspective, it outpaces modern supercars like the Lamborghini Aventador, McLaren's 650S, a Porsche 911 Turbo S, Nissan GT-R and even Tesla's incredibly capable P90D electric car.

Jonny snatched the world record, which stood at 10.25 seconds, from the car that inspired him in the first place - an electric converted old Datsun owned by John Wayland from Portland, Oregon." 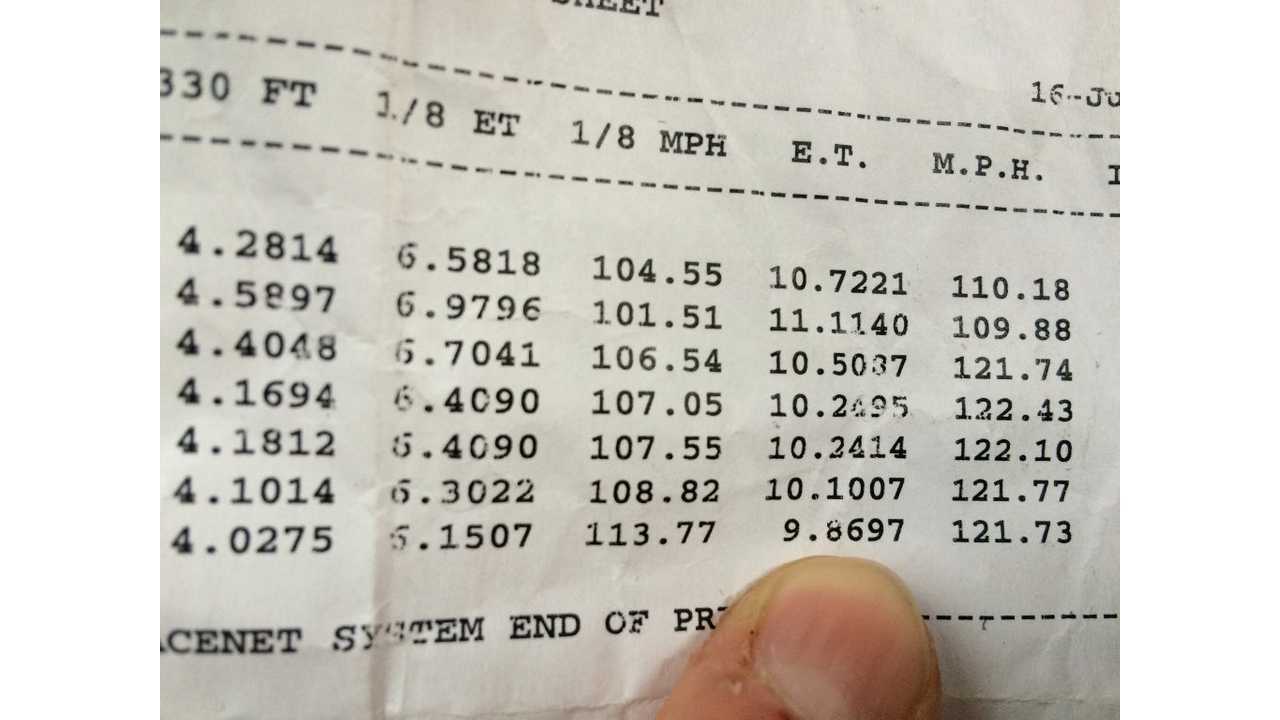 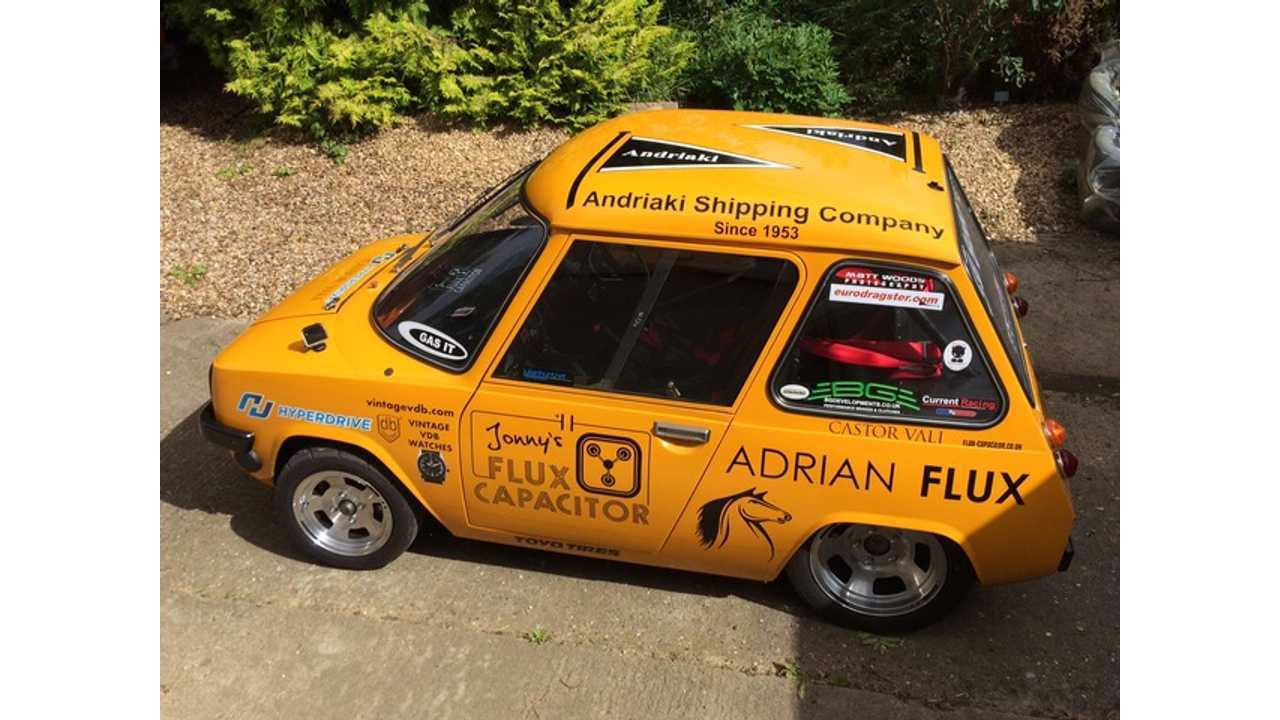 "Jonny rescued the Enfield, then a flood-damaged write-off, four years ago, and restored the car before adding 21st century electric technology.

The car is powered by 188 lithium-ion battery cells built into enclosures under the bonnet and boot, generating 2000 amps and 400 volts to a pair of DC 9-inch motors to drive the back wheels.

These batteries are normally seen running the miniguns and starting the engines of a Bell Super Cobra attack helicopter, but built for the car by Hyperdrive Innovations in Sunderland.

Despite reaching 100mph in under 6 seconds and only being 112" (2.8 metres) long, Jonny's Enfield is still road legal, tax exempt and London congestion charge exempt.

As part of the drag racing series he competes in, the Street Eliminator entrants must prove their road worthiness as part of the qualifying process by way of a mandatory 26-mile cruise around Northamptonshire.

Being road legal means the car has to run treaded tyres, and no wheelie bars, which might help the 68" (1.7 metre) wheelbase to stay straight under full acceleration.

But even without them, the Flux Capacitor runs straight and true - and very, very fast." 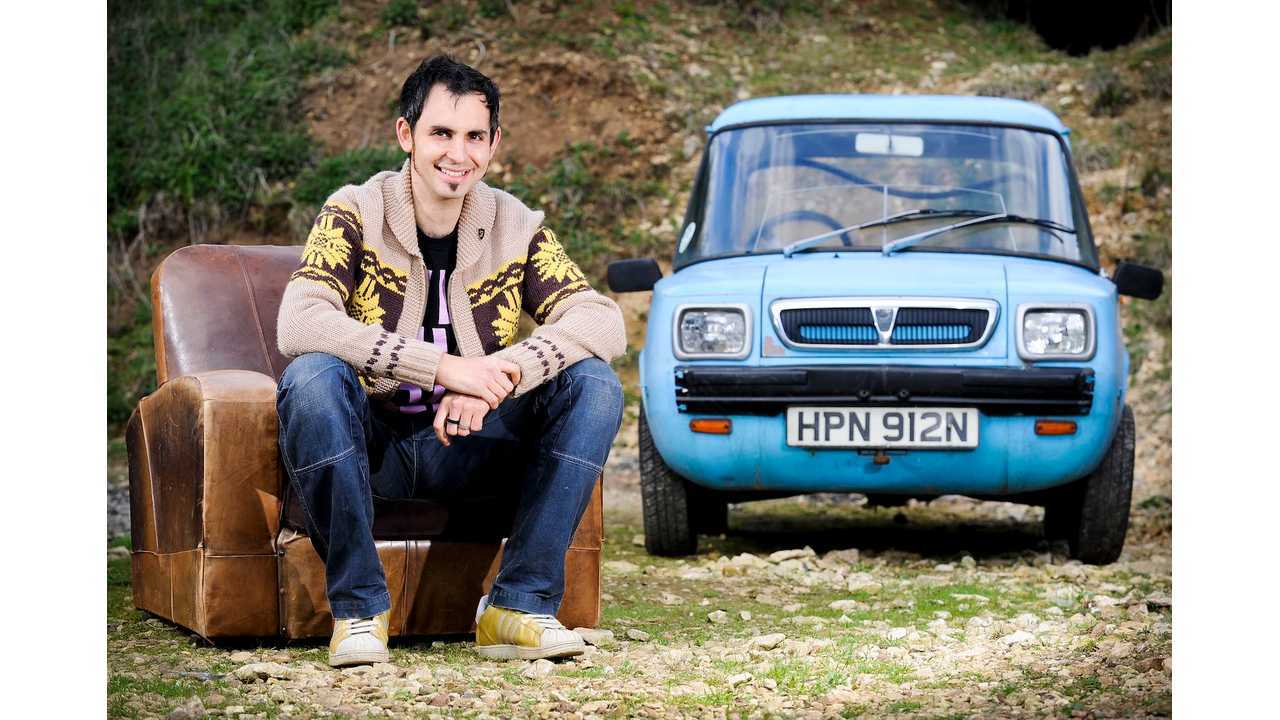 Jonny Smith, who has presented TV’s Fifth Gear since 2006, approached Adrian Flux to sponsor his dream four years ago, said:

“I'm in awe of what this little yellow thing can cope with,”

“Despite so many racers telling me that a 68-inch wheelbase car could never safely go as fast as we wanted, the Enfield has proved them wrong.

“Originally the car was designed to drive up to speeds of 40mph. Now it triples the speed within quarter of a mile without any aerodynamic alterations – which is testament to the original design.

“The original designer John Ackroyd, who spent a lot of budget on the aerodynamics, and went on to work with Richard Noble on Thrust 2.

“The car never feels like it is out of its comfort zone. To be honest I have disconnected the speedo, and just drive it by feel. You quickly forget how small it is when the lights go green. The instant electric torque delivery is something I have never experienced in over 15 years of driving and testing sports cars.

“I set out to build a British electric hot rod. I hope I've achieved something leftfield enough to prove that David certainly can beat Goliath.

“I'm deeply thankful to all of the positive support from my sponsors, without which I couldn't have achieved this at all - Adrian Flux insurance, Hyperdrive, Gas It, Vintage VDB watches, Castor Vali global risk management and Andriaki Shipping company.”