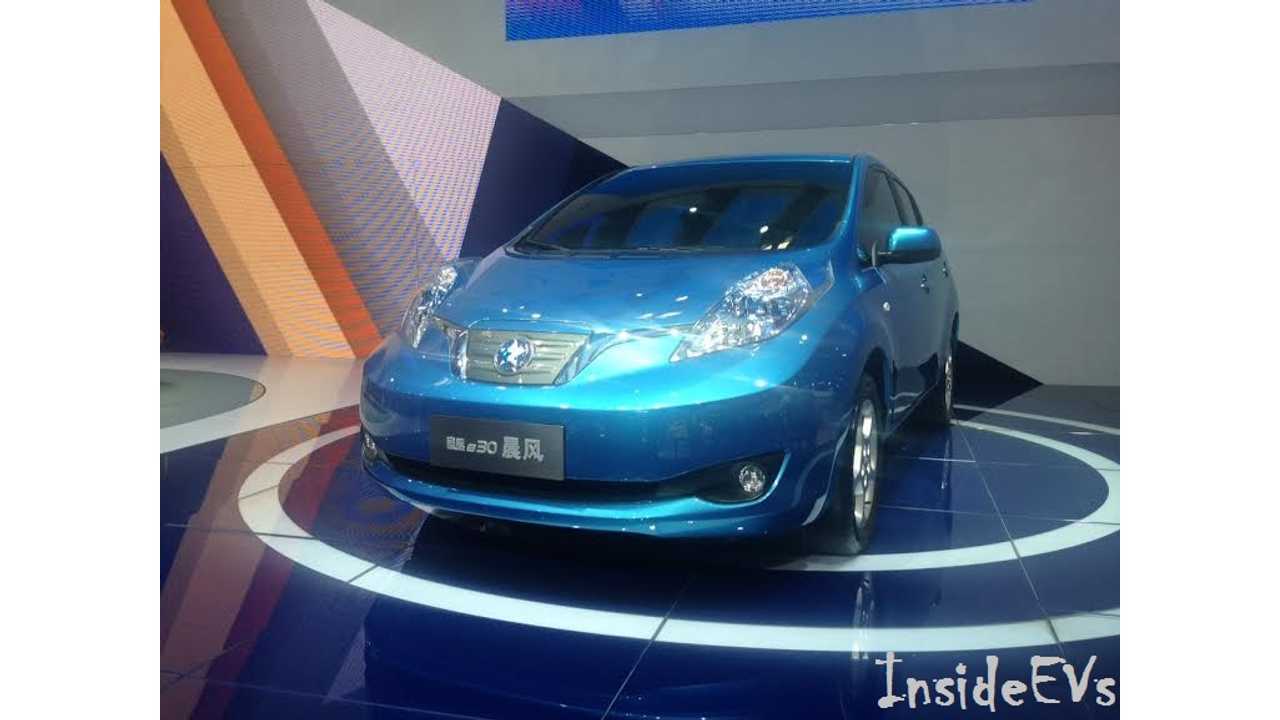 A rebadged Nissan LEAF for China, offered as the Venucia e30 (aka the "Morning Wind" if you will) has not resonated well with the booming Chinese plug-in vehicle market.

The 2016 numbers are improved, as the e30 has moved outside of being available only regionally; however at the launch of the car over two years ago, Nissan said it expected to be building and selling 50,000 copies a year by 2018 - so the numbers are better, but also awful.

According to CEO Carlos Ghosn, the new answer to sell EVs in volume from the Renault-Nissan Alliance will be an affordable electric car sold, for about $8,000. Hopefully this time it won't be another rebadge...we don't need a Twizy clone for China.

"If we are able to make this kind of breakthrough, it's going to change the game,"