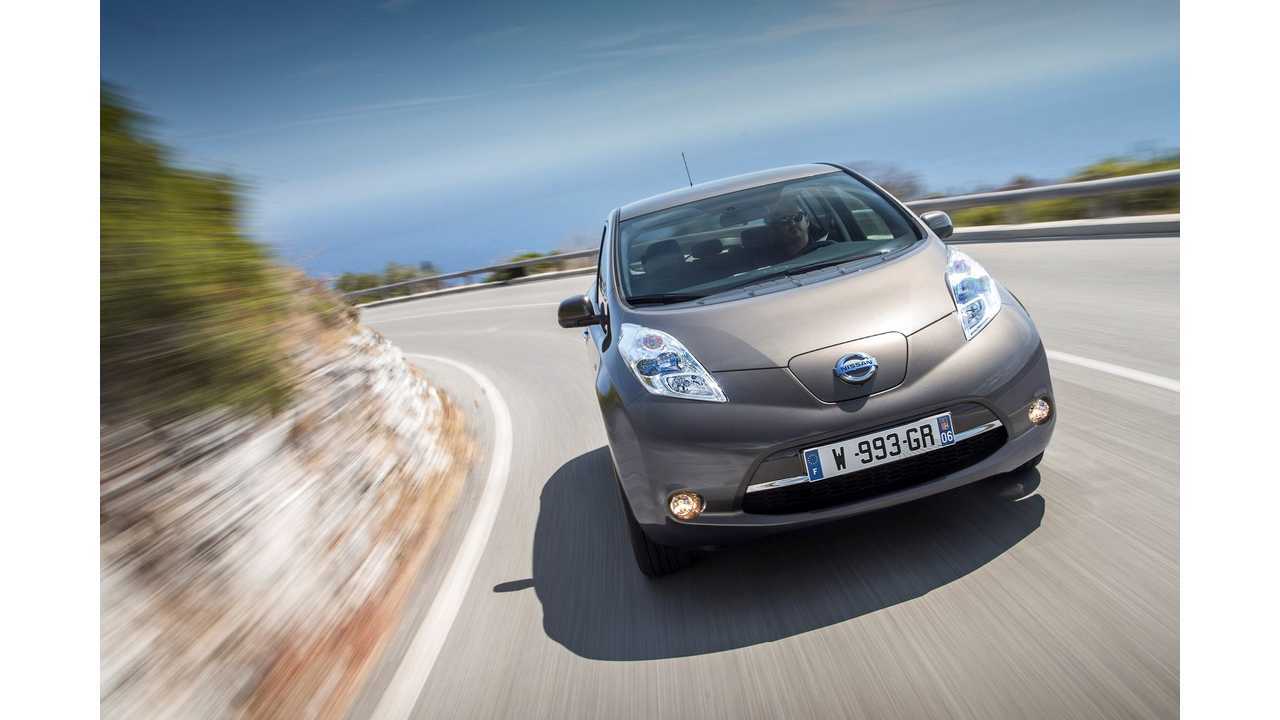 The strong depreciation rate on used Nissan LEAFs is a well known situation.  Which is good if you are looking for a used EV deal, but bad if you are Nissan (or its dealers) looking to re-sell them.

The high number of LEAFs now coming off lease, and the prices they are fetching, underlines the fact that the LEAF doesn't hold its value too well.

There are many factors said to be behind the drop, just as the introduction of "new" and upgraded models, more intense plug-in competition, Nissan's early brush with battery capacity fade, as well as the impact of the federal credit reducing the starting MSRP.

According to Kelley Blue Book via WardsAuto, there is flood of leased LEAFs coming onto the pre-owned EV market today:

“The values on the used-car market now that (Leafs) are coming back with lease returns aren’t super high and I’m not finding a lot of repeat customers,”

“This is like the transition from cassette player to a CD player. The fear for consumers is that they will buy technology that will become obsolete. Cars weren’t like that before.”

Other data shows that only fraction of MSRP is retained over few years (we believe that first 25% or so of the drop is a result of the $7,500 federal tax credit, which also affects the used car market for all plug-in vehicles...so don't be too shocked):