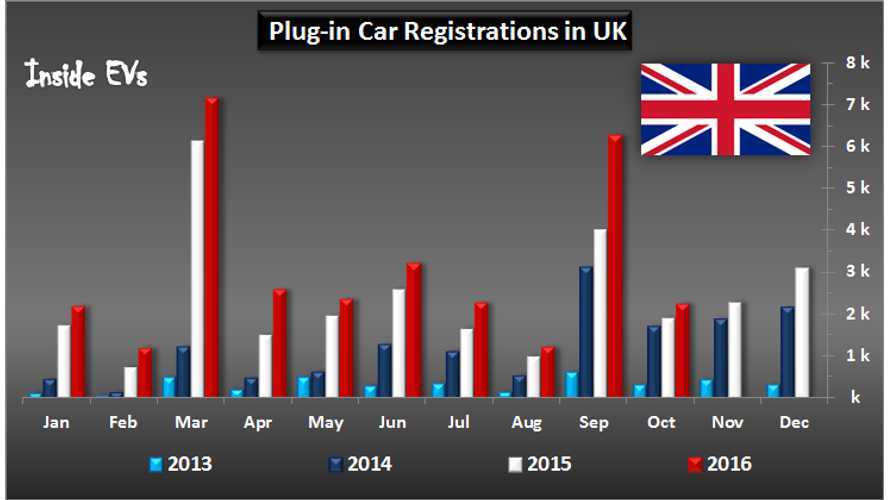 Plug-in electric car sales in UK have increased every month in 2016 ... and October was no different.

The number of new registrations grew by 19% during the month to 2,248.

Breaking down the numbers:

The downward sales trend on the BEV side of sales in the UK will probably will take a bit longer to rectify (well, at least a month or so) as new models with longer ranges tend to take a little longer to arrive in the right-hand drive market - such as the Renault ZOE Z.E. 40 and BMW i3 33 kWh.

Although we should note Tesla has been running a whack (technical term) of RHD production starting from the end of September into October, which we expect to see goose (another technical term) BEV sales with their arrival in the UK for December.

Overall, the total market share for plug-ins increased in October to 1.25% (compared to 1.06% year ago), which means that 1 in 80 new vehicle sales come with a plug.