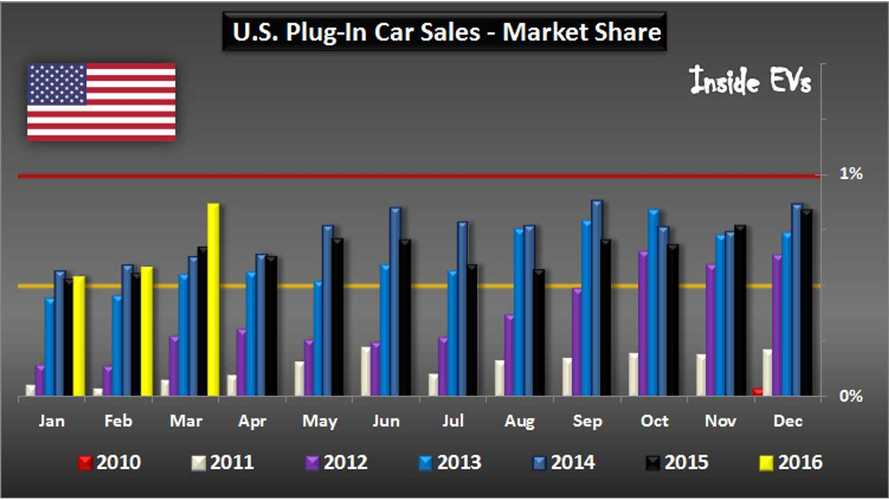 In our previous story about U.S. plug-in electric car sales, one of the comments (oliver) was requesting a further graphical representation of plug-in  market share for every month.

Here we fulfill that wish, allowing for some tiny margin of error as a small percentage of the historical data has been estimated.

In the first full year of affordable EVs sales (way back in 2011) cumulative sales were just 0.14% of the total new light vehicle market.

At this time we are pretty optimistic about crossing the fabled 1% mark in the historically best selling months of 2016 for EVs, and of course setting a new average market share record for the year.