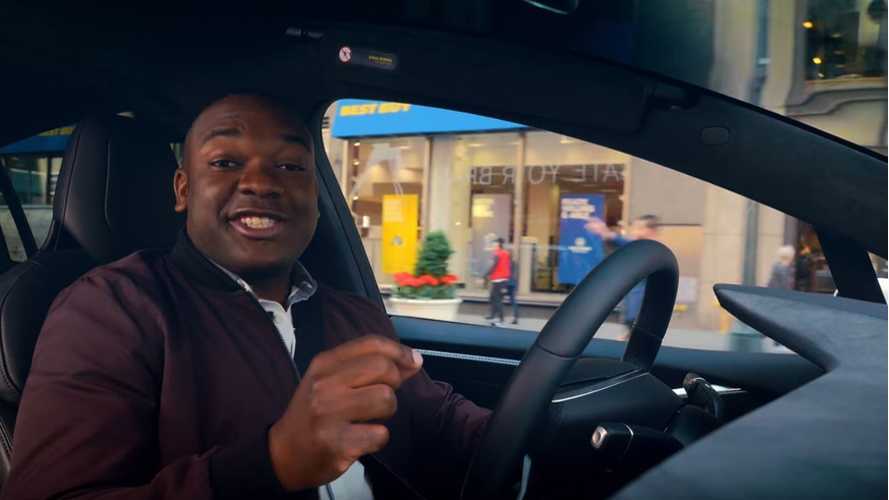 Rory from Top Gear has a little fun in a Tesla Model X. The video is pretty informative overall, especially for those without electric car knowledge, or someone who has been misinformed.

He opens the video making viewers aware that electric cars are not going away, and that the vehicles that Tesla is making are not simply compliance cars.

In the first of a set of exclusive films from series 23, Rory Reid tests out the Tesla in NYC.

Does the new Tesla Model X represent the future? Rory finds out by taking the falcon-doored SUV to the States..and races it against a Dodge Challenger SRT® hellcat.

Obviously, of note is the car's silence, huge range, instantaneous torque, and bio-weapon defense mode. Rory shows off the falcon wing doors and goes into some depth on Tesla's Autopilot.

To further drive all of his points home, Rory goes to the drag strip to meet with the "petrol heads" and race a Dodge Challenger SRT Hellcat. He pulls a 3.2 second zero to 60 sprint and blows away the Hellcat.

The most fascinating part is that the race followed his nearly 200 mile tour of New York State. He faced city traffic, and freeway driving, and some mixed elevations on country roads. After the race, and over 200 miles in, this mammoth SUV still has 21 miles of range to spare.