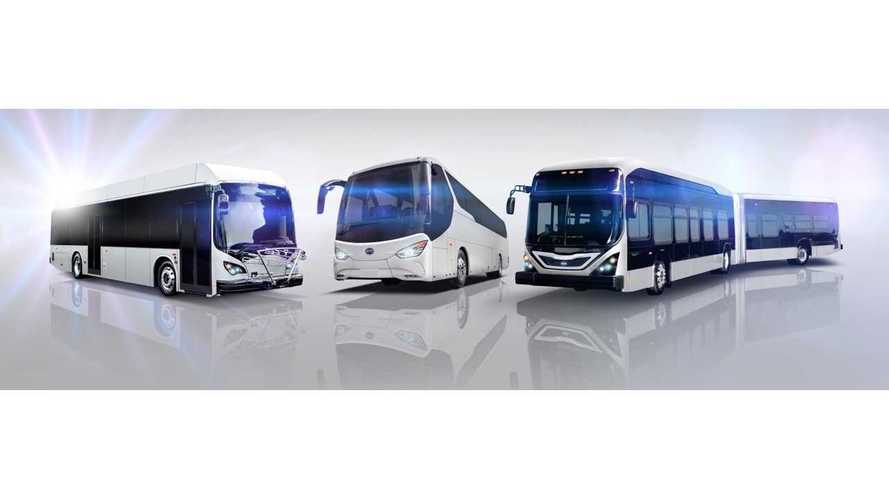 BYD expanded its electric product portfolio - recently adding in a monorail system, “SkyRail” in Shenzhen to its offerings of cars, SUVs, buses, heavy and commercial vehicles; but in the U.S. it's mostly known for its electric buses...which the company apparently does very well.

For this year, the Los Angeles Sustainability Coalition decided award BYD the title of Electric Bus of the Year 2016.

"This award reflects BYD’s growth in the Los Angeles area and nationally, now employing hundreds of Californians at its factory in Lancaster and supplying buses to transit agencies around the country.

BYD offers several different all electric, zero-emission buses designed to meet the needs of different transit agencies. These include 7 different models in the US market, including 4 different sizes of transit buses and 3 different coach bus options. The iron phosphate battery, also manufactured by BYD, is fire-safe, completely recyclable, and incredibly long lasting, allowing BYD to offer an unheard of 12-year warranty to its customers. This battery sets the industry standard in safety, both to passengers and to the environment."

Macy Neshati, senior vice president of BYD and a 35-year veteran of the transit industry said:

“We’re proud to be growing here in Los Angeles, and to be partnering with environmental groups like LASC to bring clean energy technology to more and more communities. The work of LASC is part of the reason why BYD is proud to call Los Angeles its home, and we want to thank them for this great honor.”

“BYD buses are making a major contribution to the alleviation of air pollution throughout Los Angeles County, at the same time that they’re creating jobs. We look forward to seeing what they do next.”