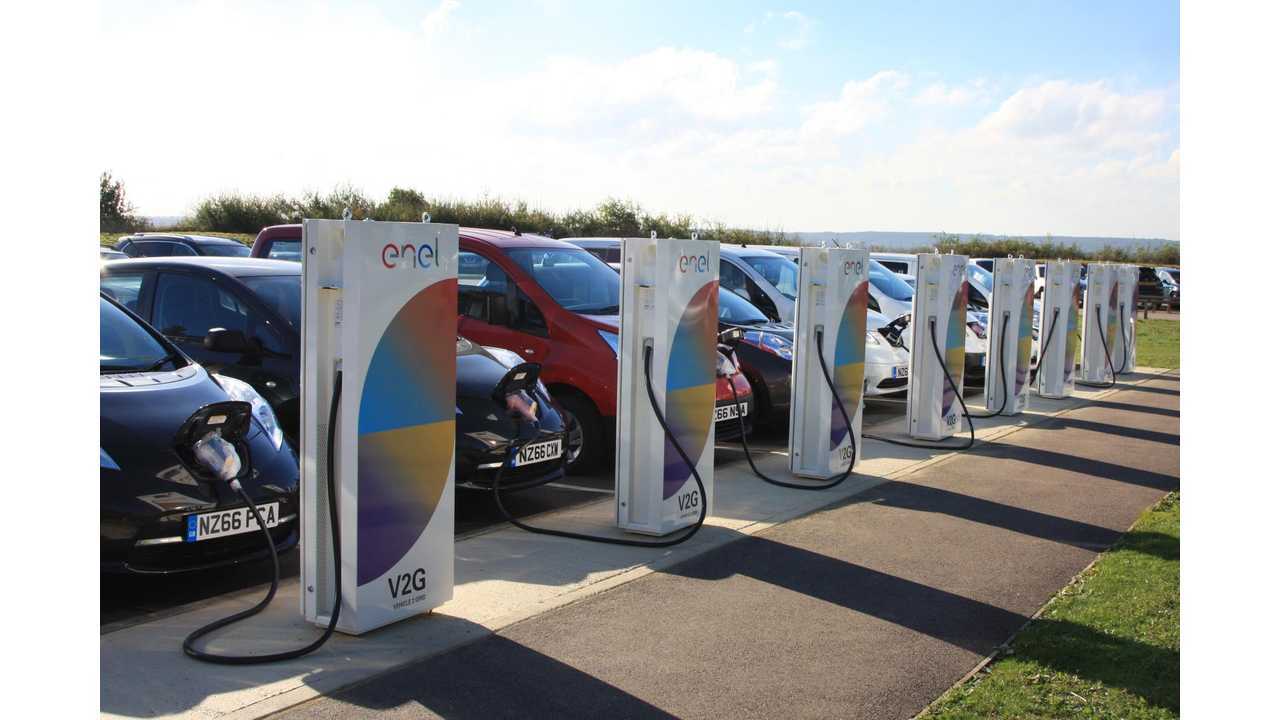 Eight Enel V2G bi-directional CHAdeMO chargers have been installed at the Nissan Technical Centre Europe (which is found in the UK) as the Japanese company now intends to have V2G functionality at all its major facilities in Europe, possibkly foreshadowing of the system being rolled out worldwide soon.

However, questions about moving the tech into the mainstream are still unanswered - but seems like a good idea in conjunction with say...having a larger battery capacity in its flagship LEAF?

Just throwing that out there...

"Developed by Nissan in partnership with multinational energy provider Enel, eight V2G chargers have been installed at the site and will be available for all NTCE employees to use. The V2G chargers work with Nissan’s electric vehicles (EVs) to provide an intelligent energy management system capable of both charging the vehicles and allowing the cars to give stored energy from the vehicle’s battery back to the grid to help stabilise demand.

The move marks an important step in the company’s plans to make its Intelligent Mobility vision a reality in Europe. The integration of V2G technology brings to life Nissan’s Intelligent Mobility vision, demonstrating how zero-emission vehicles such as the 100 percent electric Nissan Leaf and e-NV200 and energy management technologies can work in tandem to create a cleaner, more efficient energy network."

"Today’s news follows the announcement in August that Nissan and Enel secured their first commercial V2G customer in Europe. Enel has installed ten V2G units at the headquarters of Danish utility company, Frederiksberg Forsyning, making it the first business to commercially integrate and host the V2G units."

“Nissan has always been at the forefront of EV technology development and we’re excited to be using our expertise to help change the way people consume energy. Through the integration of Nissan EVs we can help shape a society whose energy use is sustainable, efficient and affordable. It could change the rules of the game and make energy cheaper for everyone.”

“The installation of the V2G chargers at NTCE is a significant moment for us. It gives us the opportunity to showcase to the world how the energy management systems Nissan is developing can work in a real-life business situation. Integrating it into our own facilities demonstrates the confidence we have in the technology and our steadfast belief that our electric vehicles can play a pivotal role in developing an ecosystem of technologies that work seamlessly together to create sustainable and efficient solutions for the future.”