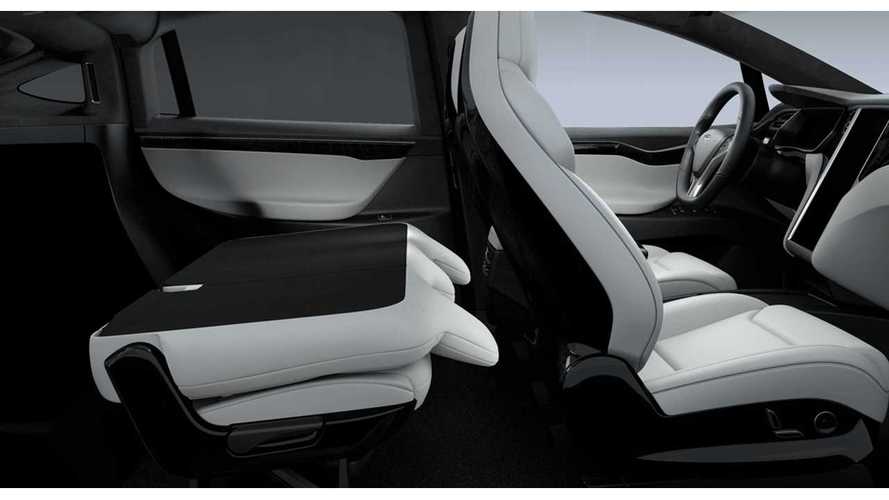 Tesla has updated its Model X design studio to include the long-awaited 5-seat version of the electric SUV.  And as we have been suggesting since its original delay (and why it was in the first place) - the seats fold flat.

“Model X is equipped with a second row bench seat that folds flat in our five seat interior configuration. Designed with 60/40 split to recline separately or fold entirely flat, this opens up 88 cubic feet of interior cargo storage."

In the 5-seat X, the seats can either fold down individually or in there entirety. This make the X much more versatile now in regards to cargo/passenger hauling. The seats themselves appear similar to those used in other version of the X, but a side pull handle allows for the seat to fold flat. The motorized tilt action of the seats appears to have been removed.