Fox News: The Electric Car Revolution Is Coming Thanks To Tesla Model 3 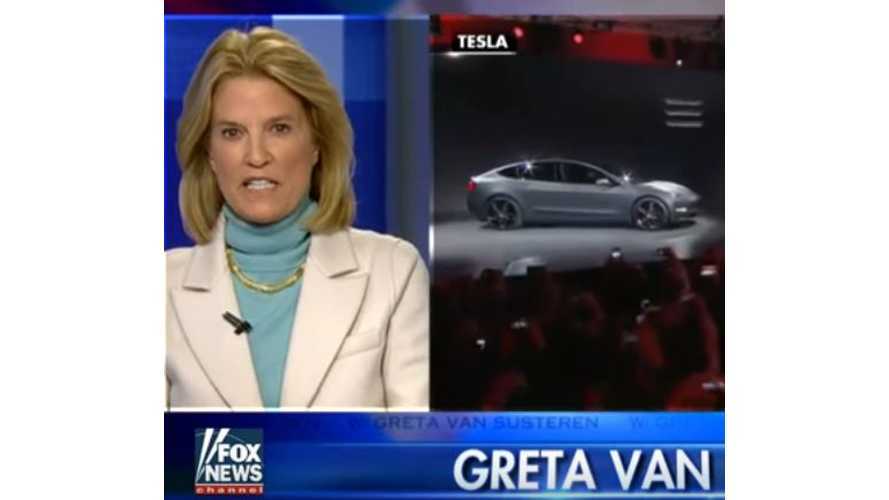 Fox News has finally succumbed to the plug-in electric car revolution...that's been underway for years now.

It took Tesla unveiling the Model 3 to finally convince Fox News' Greta Van Susteren that the age of the electric car is here.

Fox news goes so far as to call the Model 3 the "most spectacular thing to happen to cars since Henry Ford's Model T."

"Greta's 'Off the Record' comment to 'On the Record' viewers: Elon Musk is the Steve Jobs of the automotive industry! This is the most spectacular thing to happen to cars since Henry Ford's Model T."

There's no going back now...