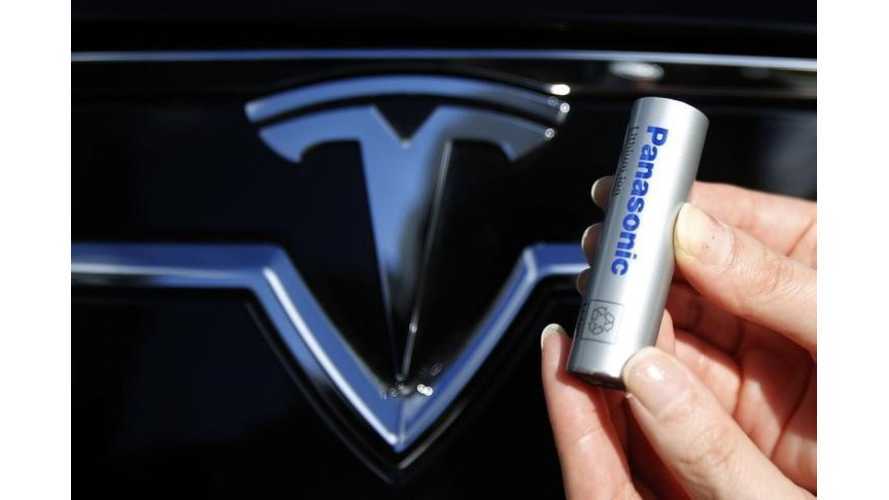 Tesla Motors, as part of its battery and Gigafactory partnership with Panasonic, has to shell out around $1.7 billion to the company for battery cells made at the factory. This was as of September 30th. October filings by Tesla prove that this number was, in fact, spot on with initial agreements.

The key word here, however, is partnership. Panasonic will also be bringing up to $1.6 billion for the project to the table as well.

Panasonic dialed down its annual profit projections late last month after beginning to bring forth some of its share of the monies last week. Huge demand for the Tesla Model 3, and marked production, sales, and profit are keeping Panasonic's commitment and contribution strong.

The two companies joined forces back in 2014, and aside from each partner's monetary investment, Panasonic furnished the necessary machinery and equipment used to produce the battery cells. Tesla plans to be making the batteries (21-70s) at the Gigafactory, prior to the end of this year. The first round of batteries are slated for Tesla's energy products, with subsequent battery production for use in Tesla vehicles. Tesla's original press release stated:

According to the agreement, Tesla will prepare, provide and manage the land, buildings and utilities. Panasonic will manufacture and supply cylindrical lithium-ion cells and invest in the associated equipment, machinery, and other manufacturing tools based on their mutual approval. A network of supplier partners is planned to produce the required precursor materials. Tesla will take the cells and other components to assemble battery modules and packs. To meet the projected demand for cells, Tesla will continue to purchase battery cells produced in Panasonic's factories in Japan.

"The Gigafactory represents a fundamental change in the way large scale battery production can be realized. Not only does the Gigafactory enable capacity needed for the Model 3 but it sets the path for a dramatic reduction in the cost of energy storage across a broad range of applications."