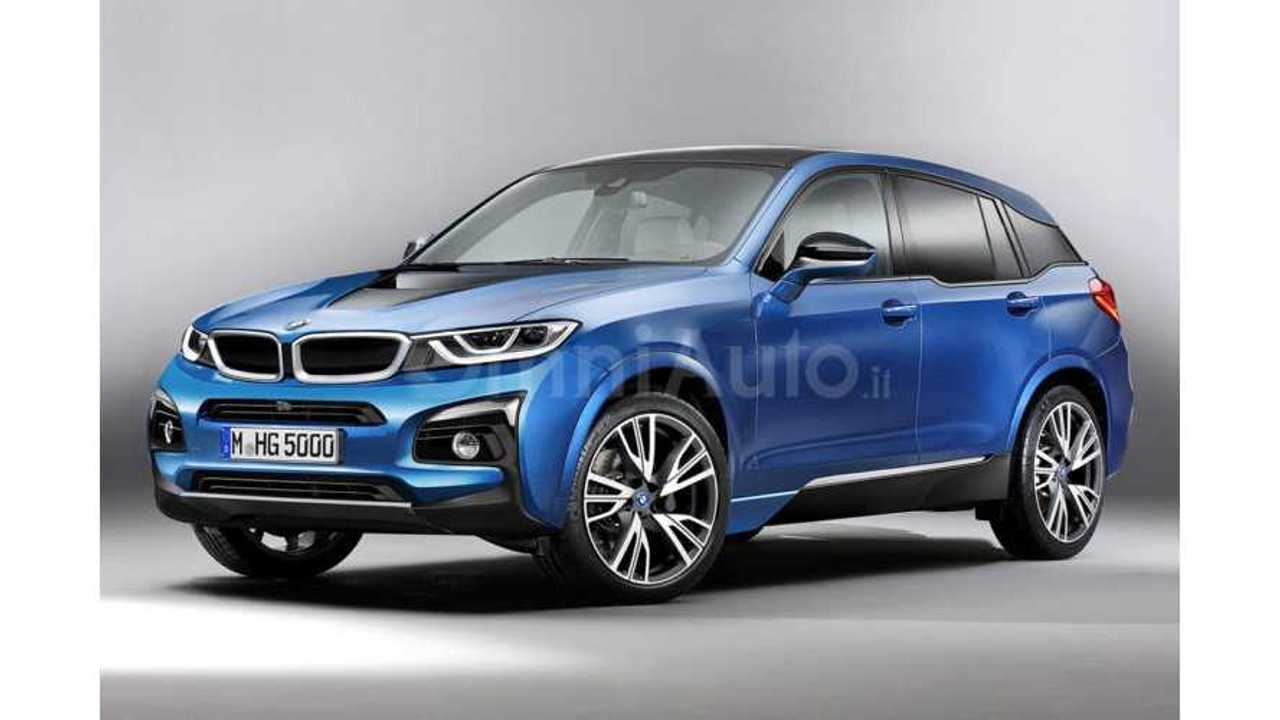 Close Up Of BMW i5 Front End - Render Via Omni Auto

The upcoming BMW i5 has been the subject of lots of reports and rumors over the last year or so. Little actual information is known of the i5, but lots of speculation abounds.

Several i5 renders have surfaced this year, with most of them showing the car as a crossover-like vehicle

This latest render from Omni Auto follows that same path by showing us an i5 that appears a bit crossover-ish.

"According to sources, the underpinnings of the BMW i5 are known internally as FSAR, short for flat battery storage assembly..."

"Automobile says the third i-car started off life as a bigger i3 before becoming a minivan of sorts and then a smaller sedan. But the latest design iterations are allegedly showing a four-door hatchback with subtle SUV elements and a raised driving position."

BMW has offered virtually nothing in the way of official word on the i5, except for that it's coming sometime around 2020, and may or may not even be called the i5.