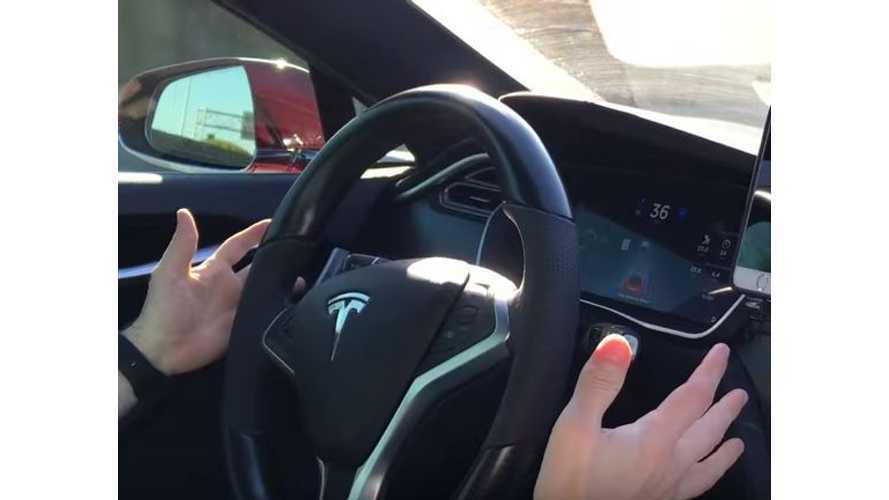 Top Gear published an interesting review of hands-free driving in both a Tesla Model P90D and conventional BMW 730Ld.

In the end, the Tesla won because of the simplicity and convenience factor of its Autopilot technology.

"But this test is about technology, and on that score Tesla is ahead. It has realised that the best way to integrate technology is to remove as much complexity as possible, to make it simple to operate. It’s done so brilliantly. The mainstream marques could learn from that."

In case of Tesla, 14 miles were driven without touching the steering wheel or a pedal (not a record, but enough to impress).

Top Gear notes that both systems - Tesla and BMW - are basic ones (relying primarily on the painted markings and other sensors), without any predictions what is going on ahead. It is seen as the first step to have fully autonomous cars some day.

"And then you wonder if this confidence is misplaced. It can only see 160 metres up the road, and when all’s said and done, the technology is hardly that clever: it spots white lines and sits between them, and keeps you from crashing into the car in front. You compare the car’s sources of information to your own and realise just how basic its vision is."

"The end result for the customer is a car that comes across as having had technology crammed into a conventional, familiar layout, the consequences being endless menus, baffling complexity, needless options. Take Gesture Control. It’s very clever, and it works well, but why do you need to adjust the volume by orbiting your hand under the mirror, when you already have a knob to do so on the centre console and buttons on the steering wheel? In total, this 7-Series contains six interactive screens, seven if you include the key. It’s just too much. It’s hard to operate."