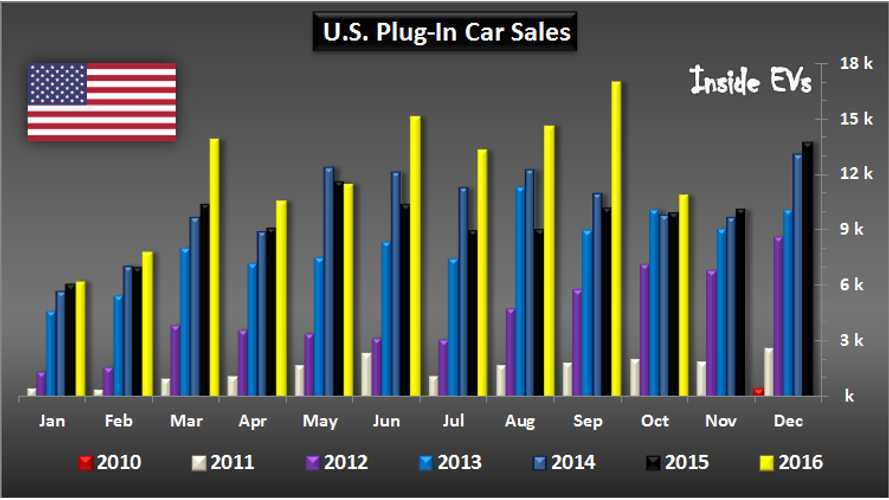 The pace of plug-in car sales growth in U.S. slowed in October, as a major manufacturer (Tesla) regenerates after an end of quarter/September rush...and prepares for a late year push.

As noted, this slowdown can mostly be attributed to Tesla's shifted delivery priorities from October to the back end of this quarter, leaving a vacuum of sorts in its wake.  To that end (and with the arrival of the Chevy Bolt EV and Toyota Prius Prime), we expect a number around 1.5% will be logged in December, bringing the net quarter result above the 1% level.

Meanwhile, the Chevrolet Volt with 2,191 sales last month was the best selling model for October, which enabled GM to take top spot among manufacturers (2,454) as the last of the Chevrolet Spark EVs gave GM one final push higher.