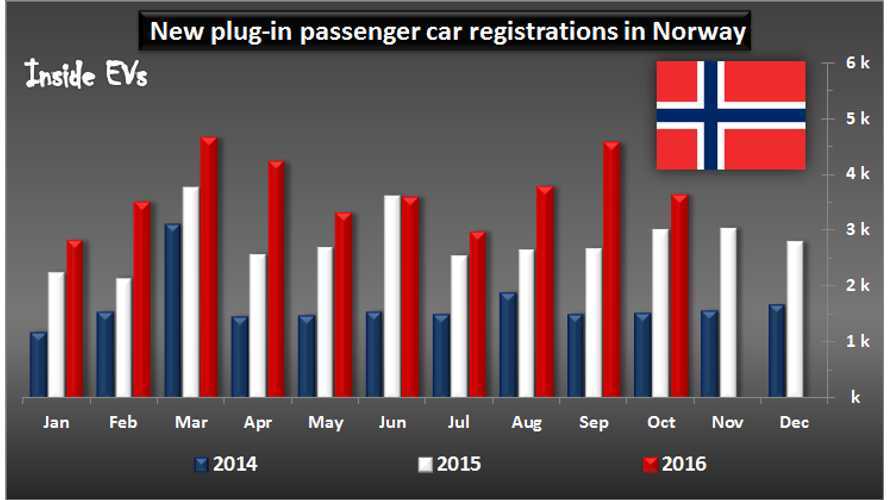 The star of the Norway plug-in car market in October was the BMW i3, which for the second month in a row exceeded the mark of 500 sales

Not only that, but the 503 new registrations last month was the second best result among all passenger cars, with a 4.2% market share all on its own!

Moral of the story?  It's rewarding to increase the capacity of the batteries.

Some other models mentioned in the official registrations data:

BMW i3 registrations in Norway – October 2016