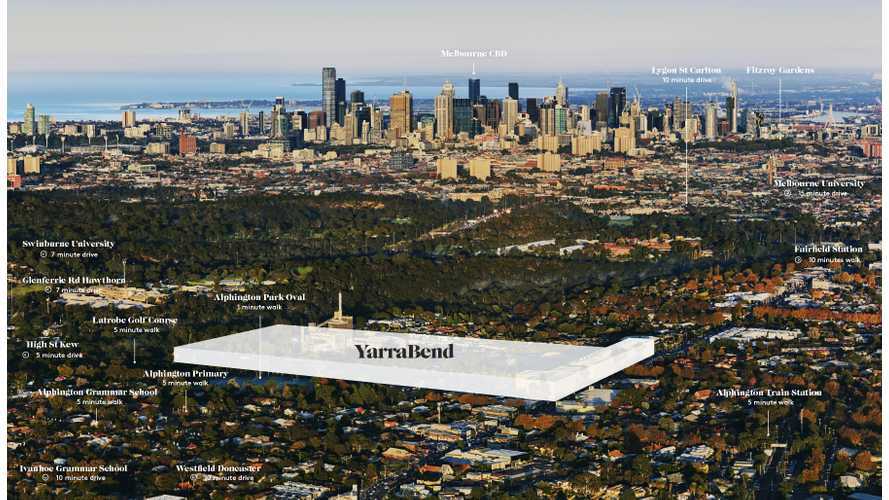 A mini-suburb on the outskirts of the Melbourne could become a so called "Tesla Town" or “world's first Tesla suburb” as Tesla Powerwalls are planned for every home.

Property group, Glenvill launched a project called YarraBend, which will include around 2,500 new dwellings ("a mix of free standing houses, townhouses and apartments with three to five bedrooms, ranging in price from $1.48 million to $2.1 million").  The first 60 homes went on sales in mid-July.

Standard feature to be Tesla home energy storage system and rooftop solar, although size was not disclosed. On top of that there will be option of charging station.

source: One Step Off The Grid