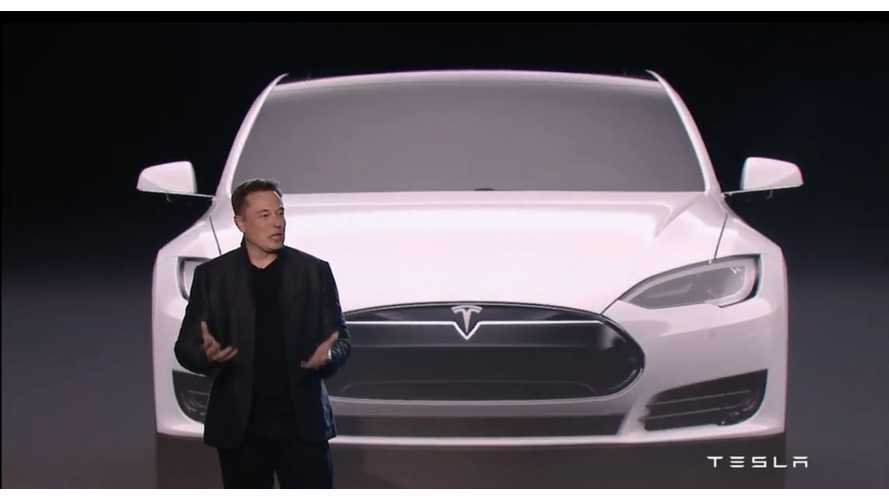 Tesla Model S In Need Of A Refresh?

Does anyone remember this event (Tesla Motors and SpaceX Host A Night Of Innovation) in 2011? Maybe it’s time for another one.

It’s times like these that Musk’s hyperbolic tendencies should be forgiven. And it’s times like these that the squawking about Tesla’s taxpayer subsidies should receive a moment of silence. The U.S. of A. looks better every year because these companies deliver the goods, to the ISS and to our driveways. And now Musk’s crew lands a rocket on a Chiclet that happens to be undulating on the ocean.

Welcome to the club, SpaceX. Membership: one. Now back to TeslaMondo’s bread n’ butter blogging.

Looks like the long, lonely intermission between the first and second acts of Model ☰ Mania, a gripping show so far, will at least have some good refreshments available the lobby, with the emphasis on the “refresh” part. Rumor points to an imminent Model S refresh and lineup shift — the refresh to include new seats and grille-less nose, and the lineup shift to include a new flagship version.

Tesla's statement on the matter is as follows:

"We don't comment on rumor or speculation about future releases. Tesla is constantly innovating and adding new features to our vehicles to perpetually improve Tesla vehicles for our existing and future customers. We price our vehicles consistently throughout the world which requires us to adjust pricing to foreign currency exchange rates. We have let customers know that some price changes will take effect in early April. We always encourage those interested in purchasing Model S to place their order so they can start enjoying the many benefits of Model S today."

Will the new hierarchy have more personality, akin to BMW’s “M” series, Mercedes’ “AMG” series or Lexus’ “F” series? Hope so. Will the new Model S stop masquerading as an air-gulping, gas-slurping car and lose the nose cone? Hope so.

If this refresh rumor is right, it means that the Model S went about four years without a styling massage. That’s longish nowadays, but then again, the car is still an exotic novelty to most of the world, and the OTA updates give it an unfairly long shelf life. Internally, the car has very little in common with the debut version of 2012. Also, the brand represents the future, where everything is fresh by definition — even if it’s four years old. It also has a connection to space exploration. That’s something automakers have tried for decades to imply about their cars. Rocketry never goes stale.

Actually, on second thought, it was indeed going stale. Until recently . . .

*Editor's Note: This post and others on Tesla Motors also appear at TeslaMondo's home site. Check it out here.