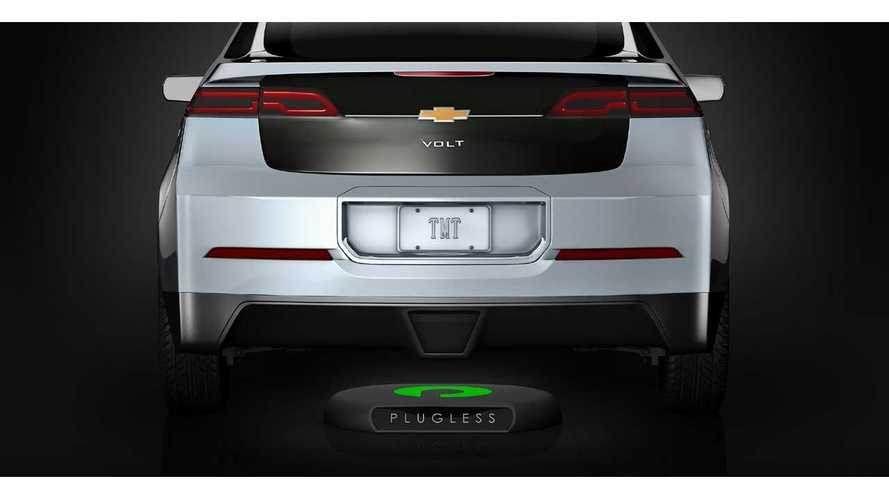 7.2 kW Wireless Charging Has Arrived In U.S. For The Model S Via Plugless Power

Evatran, manufacturer of the Plugless Power wireless electric car charging system, has announced that it formed a joint venture with China's Zhejiang VIE Science and Technology Company.  The projected is seeded with a $5 million (US) investment.

The formation of this joint venture will allow Evatran to sell its wireless chargers in China directly to OEMs, such as BYD.

In January, VIE - the giant auto part maker based out of Zhejiang Province, China,  increased its investment in Evatran (up to $3.2 million) as a lead investor, with an eye to eventually bring this project into China.

Here's the press release on the matter:

The joint venture pairs Plugless products and inductive charging technology with the manufacturing experience and long-term OEM customer relationships of VIE, a leading manufacturer of automotive parts based in Zhejiang Province, China. The joint venture expects Plugless EV charging to be in series production and commercially available with a China-based OEM in 2017.

“China is the fastest growing EV market in the world, and we see tremendous opportunities in bringing Plugless technology to the market,” said Evatran CEO Rebecca Hough. “VIE is the perfect partner in this joint venture, working together toward another first with Plugless – series production of wireless EV charging.”

Evatran is the world’s leader in wireless EV charging, and Plugless is the first and only wireless EV charger available for purchase by EV drivers. In 2013, Evatran completed field trials in partnership with Google, Hertz, SAP and Duke Energy. In March of 2014, Plugless EV charging became available to EV owners across the United States and Canada.

The Plugless™ Level 2 EV Charging System, developed by Evatran™, is the first wireless electric vehicle (EV) charging system on the market in the world. Plugless offers customers a simple way to charge their EVs with the ease of wireless technology. Originally founded in 2009, Evatran is headquartered in Richmond, Virginia and is the market leader in meeting consumer demand for high-power inductive EV charging products across the USA and Canada. To learn more about Plugless visit www.pluglesspower.com.

Headquartered in Zhuji City, Zhejiang Province, China, VIE is a Tier 1 automotive manufacturer which services both China-based OEMs and the global automotive market. VIE went public in 2011 on the Shenzhen Security Exchange (SHE:002590) and, across the whole VIE group surpassed $1.69B USD in sales in 2015. VIE specializes in the development and manufacture of major automotive parts and has led the development of a number of state and trade standards across China.