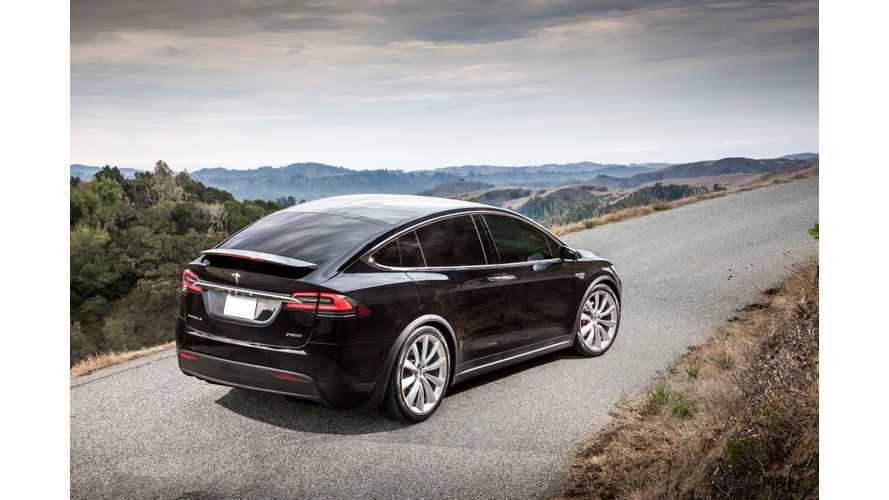 Albert Scaglione was in his 2016 Tesla Model X when it crashed and rolled over on July 1st on the Pennsylvania Turnpike.

The Detroit Free Press was able to get in touch with officer-on-the-scene Dale Vukovich of the Pennsylvania State Police. The officer described the incident as follows:

“Vukovich stated that Scaglione’s car was traveling east near mile marker 160, about 5 p.m. when it hit a guard rail “off the right side of the roadway. It then crossed over the eastbound lanes and hit the concrete median.”

“After that, the Tesla Model X rolled onto its roof and came to rest in the middle eastbound lane. A 2013 Infiniti G37 driven in the westbound lane by Thomas Hess of West Chester, Pa., was struck by debris from the Scaglione car, but neither he nor his passenger was hurt.”

Scaglione believed that his X was in Autopilot mode during the time when the vehicle crash.

Tesla almost immediately issued a statement on the matter and then issued this updated statement, which dispute the Autopilot claim:

“We received an automated alert from this vehicle on July 1 indicating airbag deployment, but logs containing detailed information on the state of the vehicle controls at the time of the collision were never received. This is consistent with damage of the severity reported in the press, which can cause the antenna to fail. As we do with all crash events, we immediately reached out to the customer to confirm they were ok and offer support but were unable to reach him. We have since attempted to contact the customer three times by phone without success. Based on the information we have now, we have no reason to believe that Autopilot had anything to do with this accident.”

Well, now that Tesla has gained actual physical access to the car involved in the wreck and has been able to go through the vehicle's logs in detail, Elon Musk is confident that Autopilot wasn't in use during the time of the crash:

And for some reason, which isn't clear to us due to lack of detail in Musk's Tweet, the Tesla CEO seems extremely confident that if Autopilot had been activated, then this crash wouldn't have occurred.

How he came to that conclusion is a mystery to us, but we don't have the data to pile over, nor would we have the knowledge to obtain any usable info from this data, so we suppose we have to take Musk at his word on this one.

Update (July 15th) ...and now we do as a Tesla spokesperson has given Jalopnik a full statement:

We got access to the logs. Data from the vehicle shows that Autosteer was not engaged at the time of this collision. Prior to the collision, Autosteer was in use periodically throughout the approximately 50-minute trip.

The most recent such use ended when, approximately 40 seconds prior to the collision, the vehicle did not detect the driver’s hands on the wheel and began a rapidly escalating set of visual and audible alerts to ensure the driver took proper control.

When the driver failed to respond to 15 seconds of visual warnings and audible tones, Autosteer began a graceful abort procedure in which the music is muted, the vehicle begins to slow and the driver is instructed both visually and audibly to place their hands on the wheel.

Approximately 11 seconds prior to the collision, the driver responded and regained control by holding the steering wheel, applying leftward torque to turn it, and pressing the accelerator pedal to 42%. Over 10 seconds and approximately 300m later and while under manual steering control, the driver drifted out of the lane, collided with a barrier, overcorrected, crossed both lanes of the highway, struck a median barrier, and rolled the vehicle.