Survey Says: 58% Of Europeans Would Consider Buying An Electric Vehicle 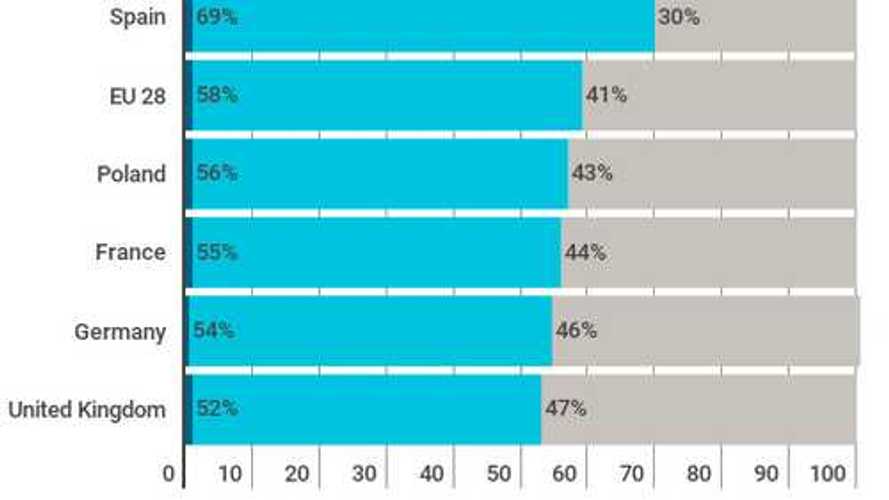 The results show that 58% of Europeans would consider purchasing an electric vehicle, but remember that considering and actually doing are two totally different things.

Approximately 1% of the survey respondents stated that they already own an electric vehicle. This figure is in line with actualy sales of electric vehicles in Europe, so we are to assume that the survey closely approximates the actual general public of Europe.

"Although the Germans are leading the charge on a political level, it is the Italians who have the highest share of potentially interested customers: 54% of Germans would consider buying one, compared to 79% of Italians (lowest is the UK with 52%)."

"About one third of all Europeans (34%) say they would approve of “more government support for electric vehicles”. Across all EU countries, 22% would support higher vehicle emission taxes."

The figures aren't all that promising actually. 1% already own. Lots would consider. Few are for more outside support for electric vehicles.