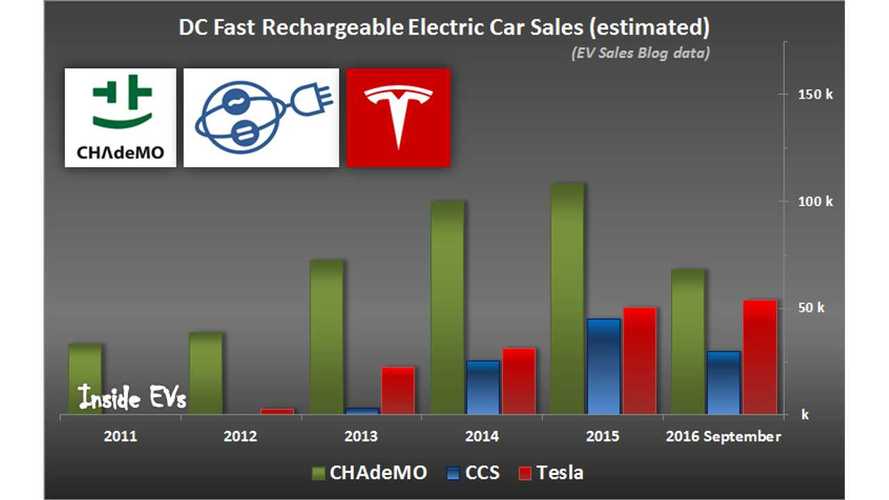 Sales data of plug-in electric cars that are equipped for DC fast charging (of any standard) lead us to some interesting conclusions.

The current leader - CHAdeMO - has lost some steam over the first nine-months of 2016, as Tesla's proprietary Supercharging standard has a shot at becoming the most popular charging option among new BEVs sold this year.

Currently the difference beteen the two protocols stand at just over 14,000 with three months to go, and the gap has narrowed considerably thanks to the worldwide/all-time sales leader - Nissan LEAF going through some end-of-generation sales fatique, and the Tesla Model S/X hitting delivery overdrive ...but it is, what it is.

The CCS Combo standard, which is supported by the widest group of manufacturers, is third:

Looking at the all-time chart still clearly demonstrates that the lion's share of DC fast charge-capable EVs belong in the CHAdeMO camp.