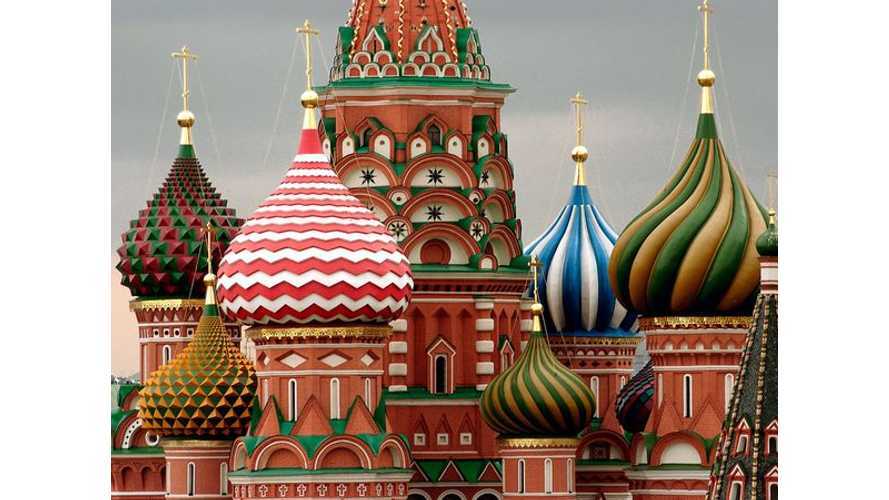 Only a few hundred electric cars are registered in Russia today (647, according to Autostat data), but that may change soon, as the nation has decided to lift its import duties on pure electric cars.  Finally.

"The Eurasian Economic Commission (EEC) has approved tax-free imports of vehicles equipped with electric engines. This will make buying an electric car in Russia about 15 percent cheaper."

The original Mitsubishi Outlander PHEV did a round of "cold weather testing" in Russia ... but not many have been sold in the country

This tax break will go into effect this September and will remain until at least August 2017.

The lifting of import duties only applies to pure electric cars. Plug-in hybrids do not benefit from this program.

The 15% break will mostly impact Tesla (a current best seller), but in a positive way by slashing the price rather substantially for buyers of the S and X.

“Scaling down the duties aims to encourage the use of eco-friendly transport within the boundaries of the Eurasian Economic Union and provide a background for developing the e-vehicle market,” said the EEC Trade Minister Veronika Nikishina. The minister stressed that more electric vehicles on the roads means it's necessary to make more charging stations available."