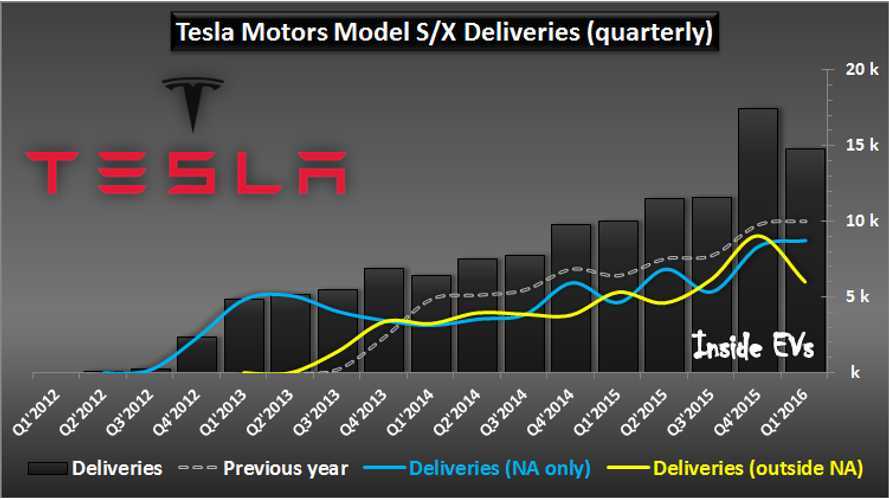 The 14,820 deliveries reported by Tesla for the first quarter of 2016 marks it second best quarter to date, just behind the hot end of ear/Q4 2015 season.

The bulk of the sales during the quarter was still via the Model S (12,420), but the 2,400 Model X delivered (mostly in the back half of March), despite production slowdowns due to parts constraints for January and February, indicates that soon Tesla will be delivering 20,000 or more per quarter.

When we look at the U.S. sales estimations for Tesla, we also note that North America represents some 60% of total thanks in part to the arrival of the Model x into the US.

In the near term (at least for Q2) this percentage for NA deliveries will likely only increase, as volume Model X deliveries just began in the second week of March for the US, and the offering will continue to be primarily a US-based release during the quarter, before expanding out to Asia and Europe.