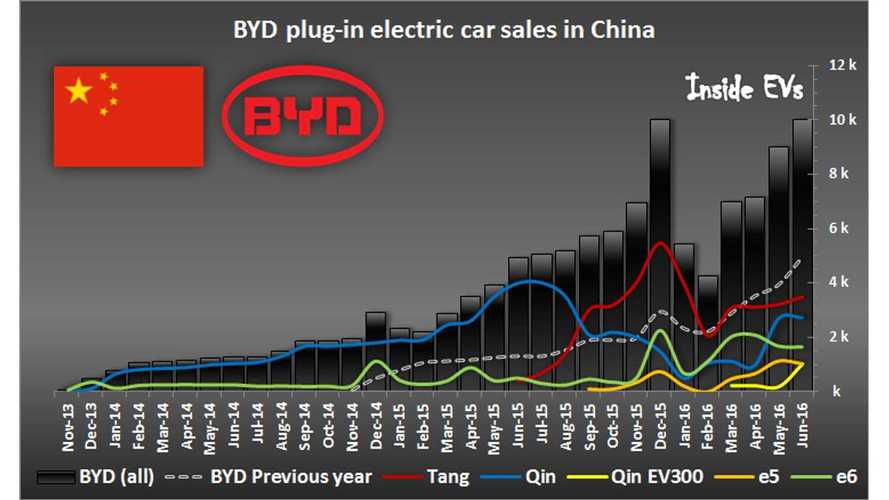 Big things are happening in China for BYD, as the company crossed the mark of selling 10,000 plug-in electric cars in a month for the second time in its history.

Editor's Note:  Even at that, we aren't 100% sure whether plug-in sales aren't actually higher in June, as the plug-in hybrid version of the Song has yet to post results publicly, some ~18+ units (retail or early test vehicles) could very well have been logged easily.

The great result is the fruit of a strong performance put in by the entire BYD electrified line-up, regardless of class or powertrain (BEV/PHEV).