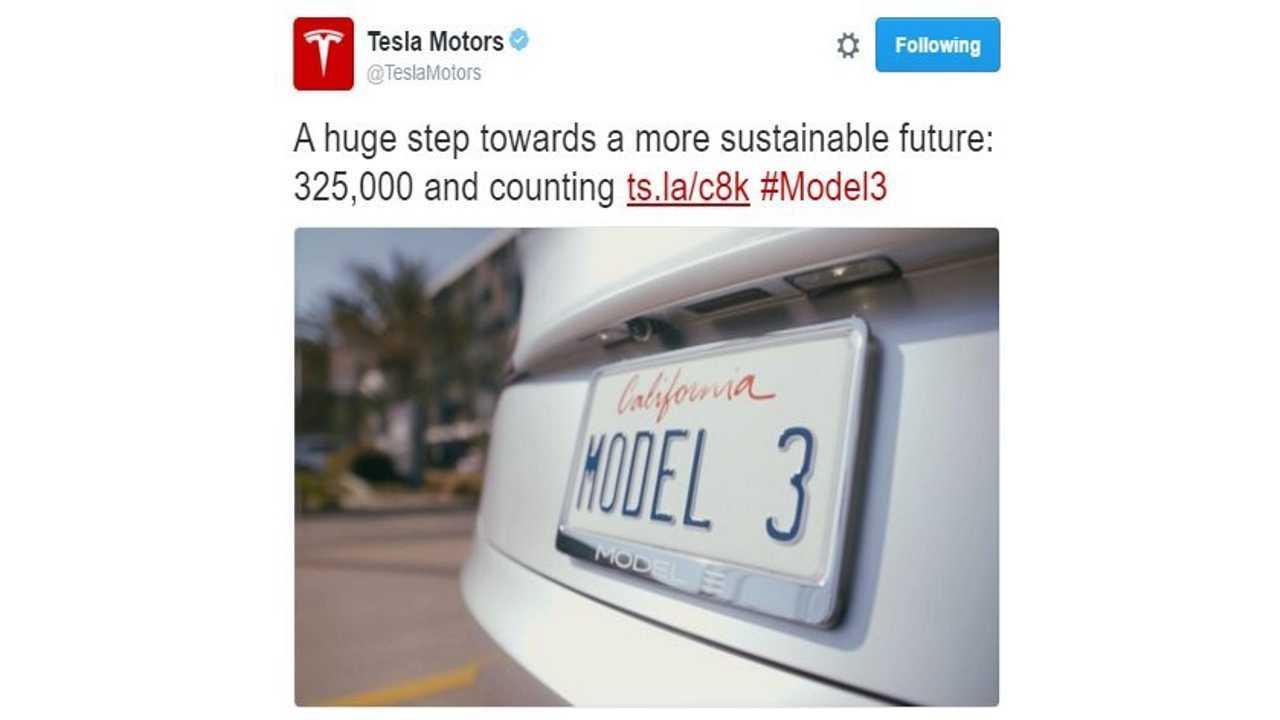 Just moments ago, via Twitter, Tesla Motors announced that it had received 325,000 reservations for the Model 3 over the first full week of availability.

To give some perspective on continuing orders after the initial surge from the debut on March 31st, over the past 4 days, some 49,000 new deposits were placed without any further promotion from the company.

Additionally, Tesla released a blog post on the Model 3, which we've reproduced in its entirety below:

A week ago, we started taking reservations for Model 3, and the excitement has been incredible. We’ve now received more than 325,000 reservations, which corresponds to about $14 billion in implied future sales, making this the single biggest one-week launch of any product ever. This interest has spread completely organically. Unlike other major product launches, we haven’t advertised or paid for any endorsements. Instead, this has been a true grassroots effort driven by the passion of the Tesla team that’s worked so hard to get to this point and our current and future customers who believe so strongly in what we are trying to achieve. Most importantly, we are all taking a huge step towards a better future by accelerating the transition to sustainable transportation.

We want to thank everyone who has shown their faith in Tesla and the mission of electric vehicles. We would write more, but we need to get back to increasing our Model 3 production plans!

Last night, Tesla sent out an email confirming that its "currently increasing our productions plans to minimize the wait for Model 3."

See email below for more details.