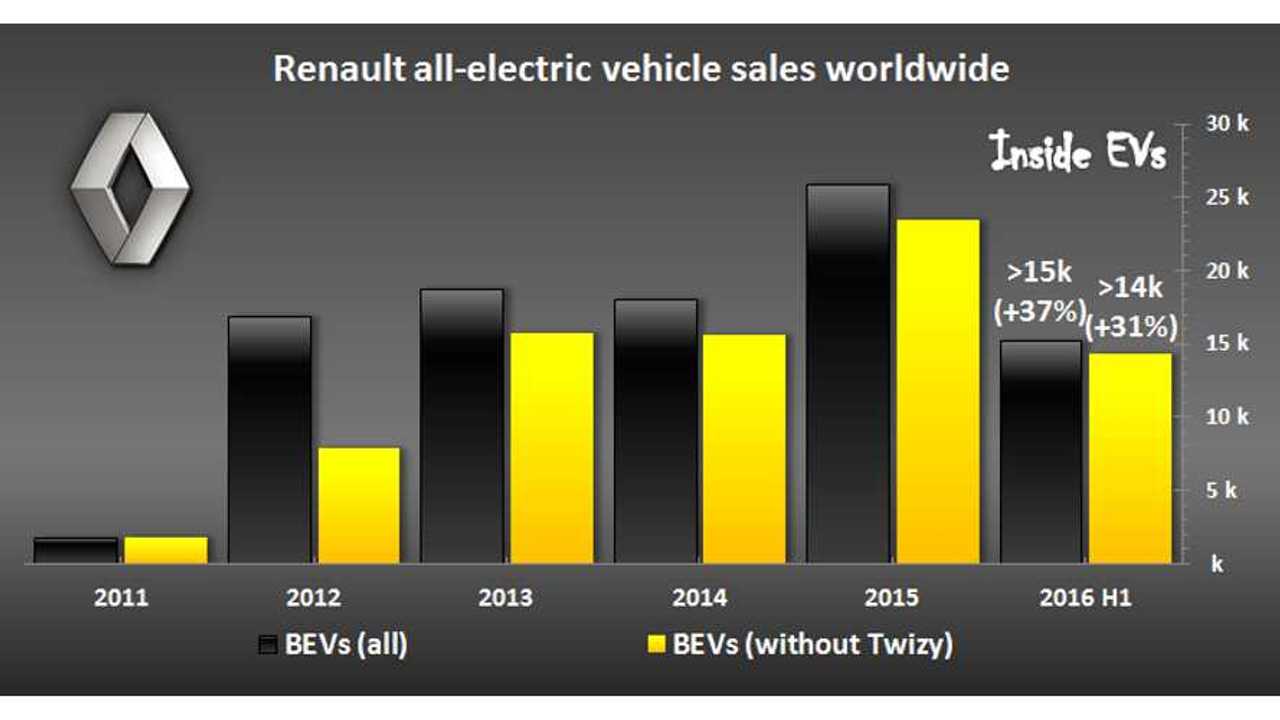 Renault failed to show an increase in electric car sales in June,  ending a record string of 21-months of consecutive growth.

Full size electric car sales decreased last month by 3% to 2,863, while after including the Twizy heavy quadricycle, the decrease is 5% (at 3,078 registrations total ) compared to previous year.

As most of the Renault EV sales relies on the ZOE, here we discover the main cause of the decrease.

Although for the full year to date, things are still looking very strong for the French automaker when it comes to plug-ins, ending the six month period at around 14,300 sales (15,250 including Twizy), which is respectively 37% and 31% more than a year ago.