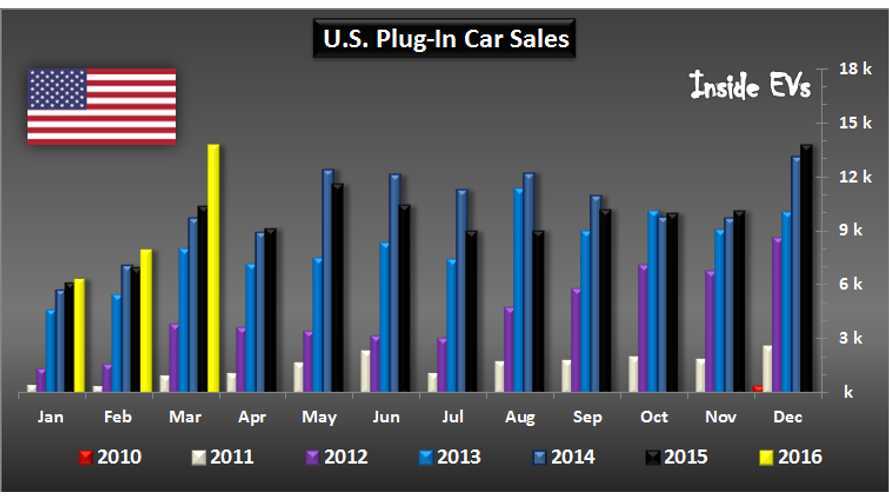 March 2016 brought U.S. record of plug-in electric car sales of some~13,725 (full month's recap here).  And we are not talking about just year ago results, but for any month. Ever.

That's nearly 33% more than year ago. We need to go back to mid-2014 to see a higher growth in year-over-year stats.  March was also the 5th consecutive monthly record for EV sales in America.

It's especially interesting that in previous years, December has always been the best month of the year - fueled mostly by the run for the quick federal tax credit return (of up to $7,500).

Therefore, a record March probably heralds that we are now on a path of significant gains into the future, and more records will be set later this year.

Another very good sign is the increasing market share for plug-ins themselves against conventional petrol vehicles, which reached 0.86% (just shy of 0.88% record in 2014). Who said that low oil prices will stop EVs?

A big part of the record growth is Tesla Motors, which holds now around 43% of plug-in segment with an estimated 3,990 Model S and 1,860 Model X sales in March.  Truly, Tesla's position is second to none among pure electric cars.

Editor's Note: To see the individual results of each plug-in on sale in the US, check out the historical charts on our "Monthly Sales Plug-In Scorecard"